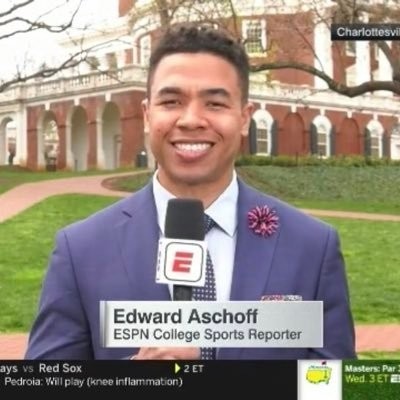 Ed Aschoff covers SEC football for ESPN.com’s SEC blog. Aschoff produces at least 30 individual pieces of content each week covering all 14 football programs during the regular season from August to January. Aschcoff contributes sports information for blogs, features, analysis pieces and videos and covers conference games each week during the season. He also appears frequently on radio and television broadcasts. Previously he served as The Gainesville Sun/GatorSports.com recruiting beat reporter for UF football, basketball and baseball from 2007 to 2011 and helped create the weekly online recruiting show that ran from the fall of 2010 to the spring of 2011. He has been a sports freelance writer for SOBeFiT Magazine, Warning Magazine and Rivals.com.

Book An Experience With Ed Aschoff

Book me to moderate your next panel, conference or event!

Book me to speak to your broadcast students, on your next panel, or at your next even...