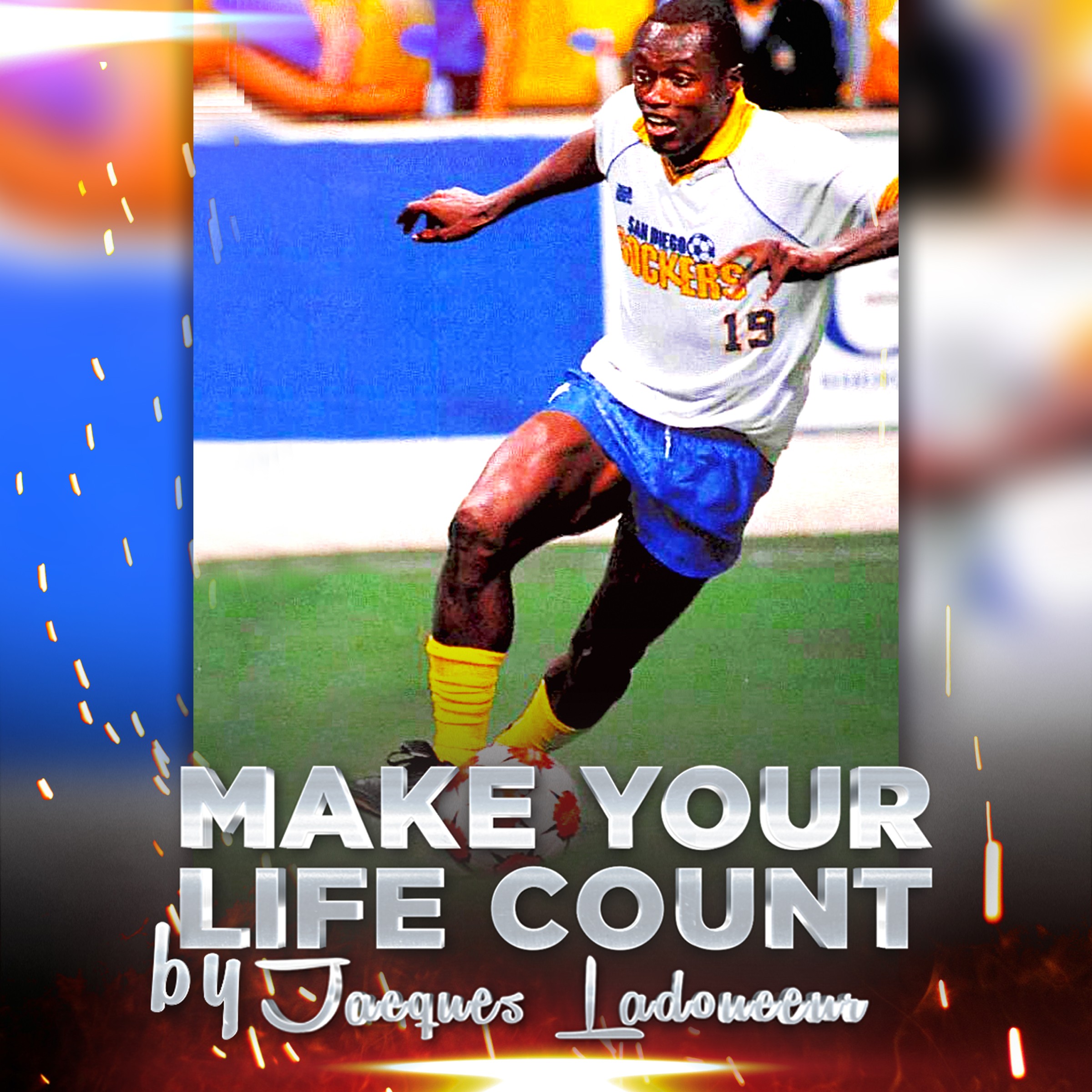 Jacques Ladouceur Bio Born in Port-Au-Prince Haïti. He immigrated to the US with his family as a young boy. A high school All America soccer player at Seward Park high, played at Fulton Montgomery Community College before attending Howard University on a soccer scholarship. He turned pro at the age of 20 he was one of the first American soccer players to play in the European First Division. He played professionally for 11 years, the first 3 years with Panionios in Athens, Greece and the San Diego Sockers from 1985-1993 where he was a member of six championship teams. He was a member of the US national team member 1986 he has caps vs. England, Mexico, Columbia, and Guatemala to name a few. He is the author of the book called “Make Your Life Count” written about his journey through life. Recently published a new book called “Raising a Pro Athlete” for parents, coaches, youth sports administrators, grandparents, schoolteachers, and anyone who works with children. The book focuses on maximizing the youth sports experience and the value of the time spent in youth sports. An entrepreneur at heart he has started several companies and he is currently the founder of My Life Counts Network. He has 17 years of coaching experience in youth soccer. Palomar College women’s soccer coach. He has been married to his wife for 35 years and he has one daughter. • Currently in the process of recording a CD series called: “Maximize the youth sports Experience” to help parents that’s involved in youth sports. He is a business coach, a speaker and his goal is to be named husband of the year. j.ladouceur@ca.rr.com