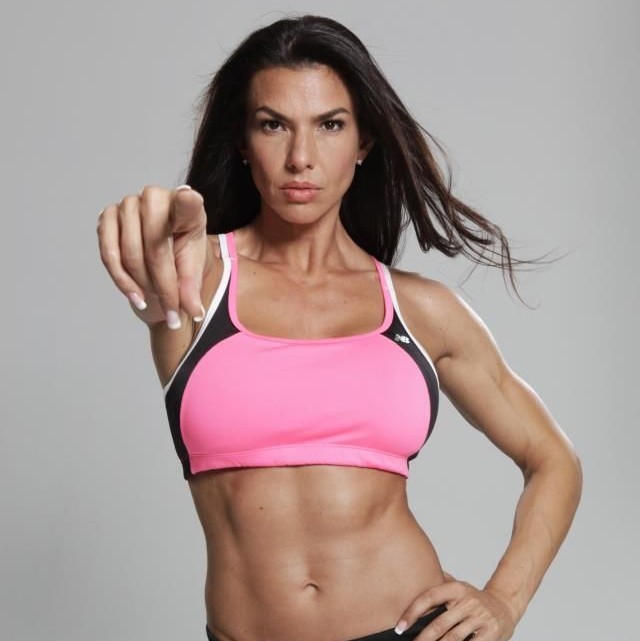 Mona Muresan is a champion bodybuilder, trainer and former editor-in-chief of Muscle & Fitness Hers magazine. After moving to New York City at the age of 16, the Transylvania-born teenager immersed herself in American culture, and developed a passion for fitness. Realizing she had genetic potential and personal drive, Mona began competing in figure competitions, which, after relentless training and flawless nutrition, landed her titles in the Garden State Championship and Jr Nationals, and ultimately an IFBB Pro title. Since then, Mona has graced multiple magazine covers and was featured in the New York Post for her accomplishments in business and fitness. Today, she’s focusing on her next project: motherhood. At the age of 42, Mona became pregnant with her first child with the help of IVF. Knowing the importance of exercise during pregnancy, Mona worked with fitness experts and relied on her own experience to create a safe and effective prenatal training program for herself. Now, her goal is to share her program with other moms-to-be to help them stay active and healthy throughout their pregnancies.

Book An Experience With Mona Muresan