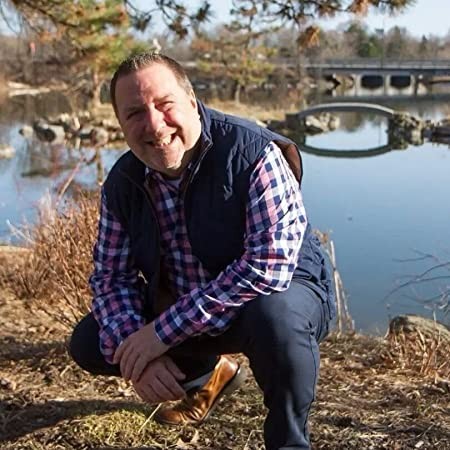 Robert Graves is a successful white-collar professional working as a project manager for a large multi-national health care equipment company. Robert is an openly gay man living in Buffalo, NY. Robert’s first diagnosis, chronic clinical depression, came when he was 16, even though he had been battling depression since the age of nine when he had his first episode of self-harm ideology. As he was coming out, his depression morphed into bipolar depression disorder, which went untreated and undiagnosed until he was 44. The untreated mania manifested as an anonymous sex addiction that lasted over 20 years, enduring through the height of the HIV/AIDS epidemic. Only after finally addressing his sex addiction with his therapist did his bipolar disorder come to light, and his treatment with pharmacology help him end his addiction.

With the help of ongoing therapy and careful medication management, Robert has evolved to lead a relatively quiet life in his forties, where he enjoys boating, gardening, and volunteering in the community with various organizations such as the Alzheimer’s Association. He also has a cat named Bacchus and a French bulldog named Lily. Through his many years of therapy, he learned to forgive others and accept his family and friends for who they are. Now he has turned the focus inward, forgiving himself for the reckless decisions through all those years and finally accepting himself as he is: a successful, healthy, gay man living with bipolar depression. Robert’s latest book, “I, Rob Graves” is available on Amazon.

Book An Experience With Rob Graves