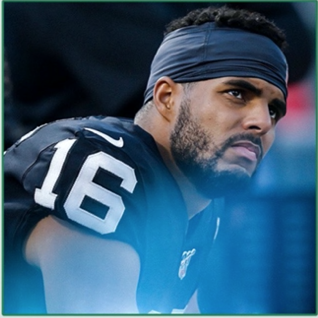 Tyrell Williams is an NFL wide receiver for the Las Vegas Raiders. After playing his collegiate football at Western Oregon, Williams was signed as undrafted free agent by the San Diego Chargers in 2015. After spending the first few seasons of his career with the Chargers, Williams signed a 4 year deal in 2019 with the Raiders.

Book An Experience With Tyrell Williams