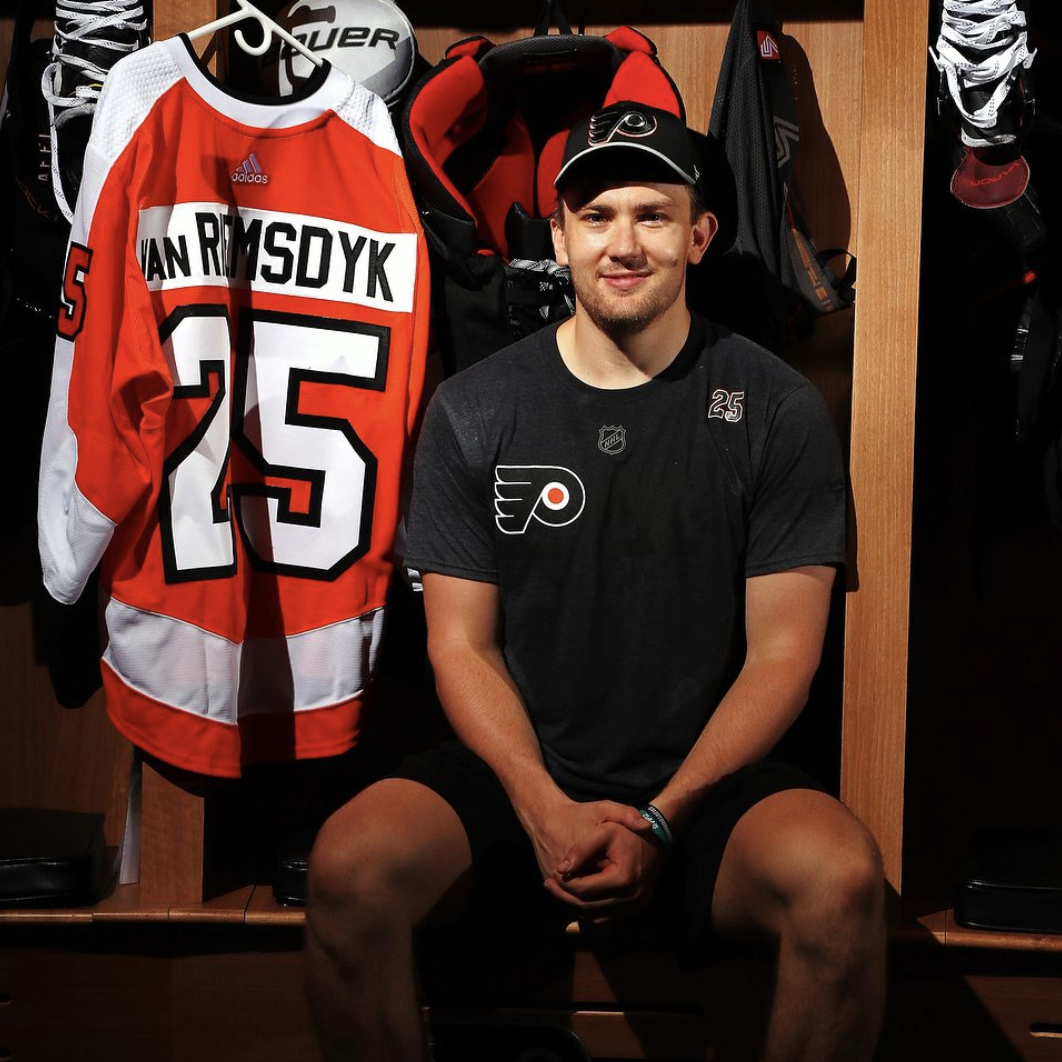 James van Riemsdyk, also known by his initials JVR, is an NHL left winger for the Philadelphia Flyers. Van Riemsdyk began his NHL career with the Flyers, the organization that originally selected him second overall at the 2007 NHL Entry Draft, before being traded to the Toronto Maple Leafs in 2012. He later rejoined the Flyers as a free agent during the 2018 off-season. Additionally, he represents the United States Mens National Team in international tournaments.