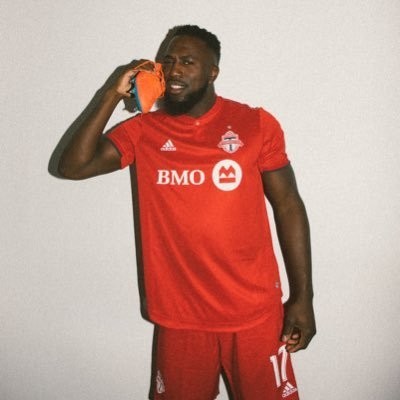 From beloved son and international soccer player to loving brother and respected philanthropist, Jozy Altidore wears many important hats in life. And they're roles he embraces and cherishes on and off the field of play.

The youngest of four children, Altidore was born November 6, 1989, in Livingston, N.J., and raised in Boca Raton, Fl. He enjoyed playing the game from the time he was a boy. Altidore made his professional debut in 2006 at the age of 16 with the New York Red Bulls of Major League Soccer. In the middle of his third season with New York, in 2008, he made a transfer to Villarreal. During his time with Villarreal, he left on three loan stints - with Spanish Segunda Division club Xerez in February/May 2009, English Premier League club Hull City for the entire 2009/10 season and Turkish club Bursaspor, where he went on a six-month loan.

Then, in the summer of 2011, Altidore made the full-time switch to AZ Alkmaar, where he cultivated his skills and led the club to the 2012-13 KNVB Dutch Cup title, before being transferred in July of 2013 to Sunderland of the English Premier League. In January of 2015, Altidore completed a full transfer from Sunderland to Toronto FC of Major League Soccer.

In 2007, Altidore was a candidate for ESPN's Next Award and is one of the stars featured in Adidas' "Impossible is Nothing" advertisements. Altidore is featured on the cover of the North American version of FIFA 08 by EA Sports, alongside Ronaldinho and Guillermo Ochoa.

Beyond the pitch, as a man who thoroughly enjoys giving back to those in need, Altidore launched the Jozy Altidore Foundation - a non-profit organization that assists underprivileged children around the world - in 2011. The foundation has had a prosperous string of events and fundraisers since its inception, with multiple projects scheduled this year across North America.

Book An Experience With Jozy Altidore