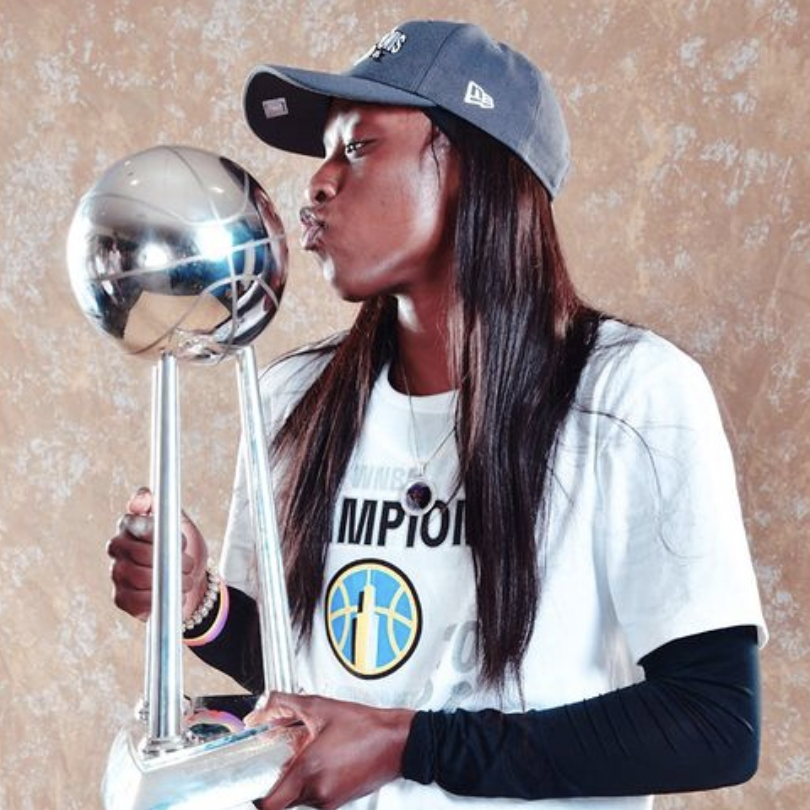 Kahleah Copper is a guard/forward currently playing for the defending WNBA Champions Chicago Sky. She is the defending WNBA Finals MVP as of 2021. A North Philadelphia native, she attended the Preparatory Charter High School in Philadelphia, where she was a McDonald's All-American, and part of the All-State team in Pennsylvania. She then went to Rutgers University, where she is 3rd in school history in total points scored. In her senior season, she was the coaches and media pick to make the All-Big Ten First Team. Copper then entered the WNBA draft in 2016, where she was drafted 7th overall by the Washington Mystics, where in her rookie year, she finished the season first overall in three-point percentage, shooting at a red hot clip of 46.7%. She was then acquired by the Chicago Sky in 2017, where she constantly improved year after year and eventually became a full-time starter by 2020, where she averaged career highs in points (14.8), rebounds (5.5), assists (2.1) and steals (1.0). Her efforts helped her to secure an All-Star spot in the 2021 season the following year, and, alongside WNBA future Hall of Famer Candace Parker, helped the Sky take home their first WNBA Championship in franchise history, defeating the Phoenix Mercury 3-1. Copper was arguably the most important piece in that championship team, winning the 2021 WNBA Finals MVP.

Book An Experience With Kahleah Copper