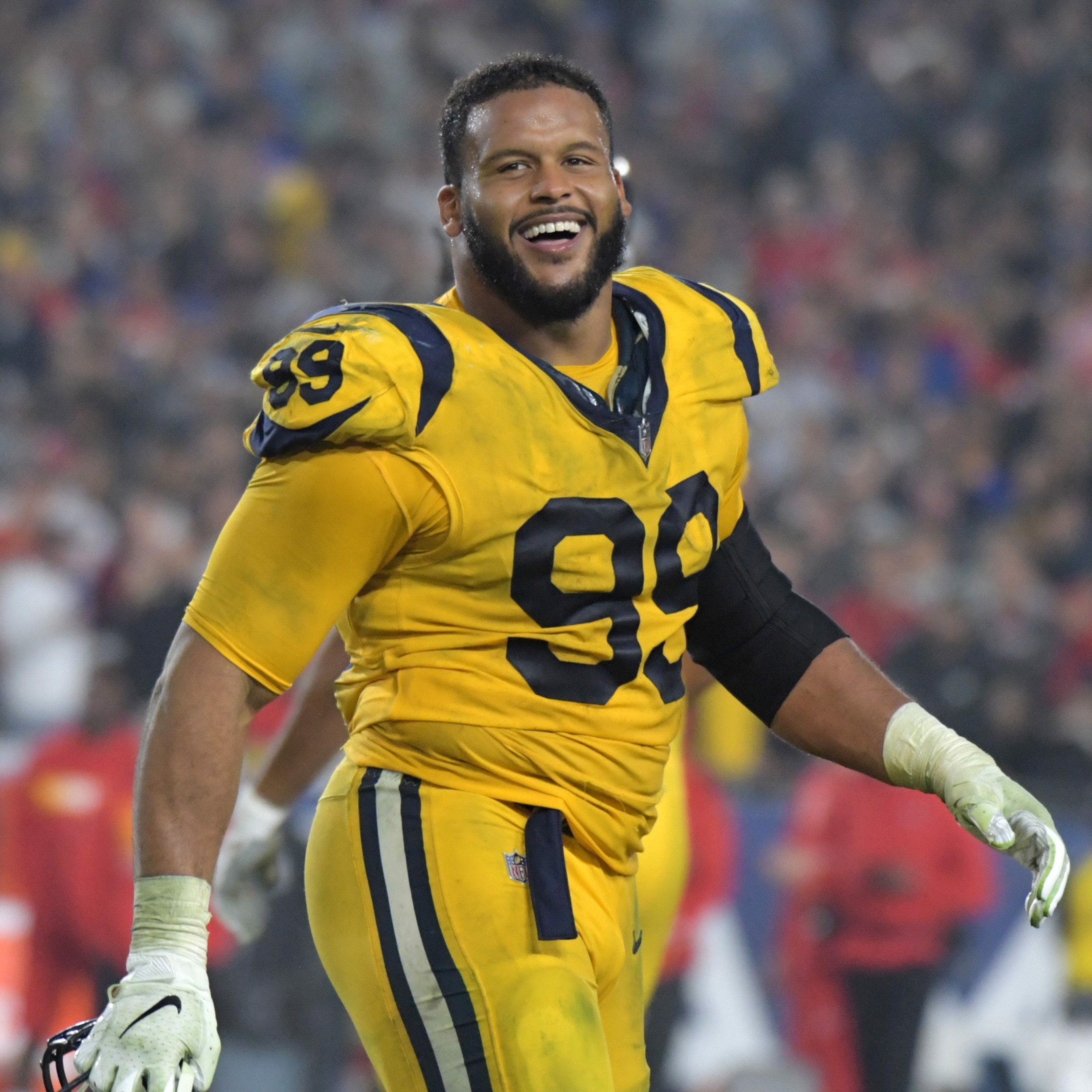 Aaron Donald is a star NFL defensive tackle for the Los Angeles Rams. The Pittsburgh native stayed in his hometown for college, attending the University of Pittsburgh. In his senior year, Aaron was the ACC Defensive Player of the Year and a unanimous All-American. Aaron was selected by the Rams with the 13th overall pick in the 2014 NFL Draft, and he has been absolutely unstoppable since entering the league. In seven NFL seasons Aaron has been to the Pro Bowl every year, and after being named the NFL Rookie of the Year, he was First-team All-Pro the next six consecutive seasons. He was the Defensive Player of the Year in three out of the past four seasons, and in 2019 his peers ranked him as the best player in the NFL Top 100. The accolades speak for themselves: Aaron is one of the greatest players in the history of the sport, and his incredibly dominant career is far from finished.

Book An Experience With Aaron Donald