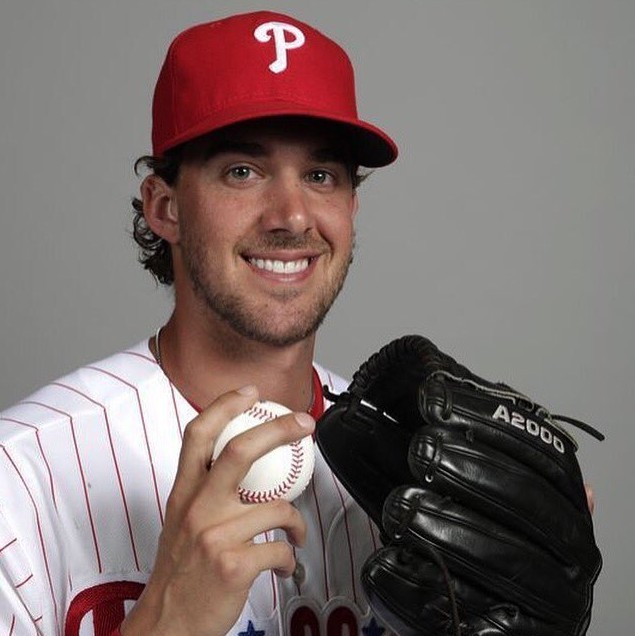 Aaron Nola is a starting pitcher for the Philadelphia Phillies of Major League Baseball. The Baton Rouge, Louisiana native attended Louisiana State University for three seasons, and in his last two (2013-2014) he was the SEC Pitcher of the Year as well as the 2014 National Pitcher of the Year. Aaron was selected 7th overall in the 2014 MLB Draft by the Phillies, and quickly worked his way up to the big leagues to become the first Phillies pitcher to debut the season after he was drafted since Pat Combs in 1989. Aaron has been the Phillies opening day starter for four years in a row, he was an All-Star for the first time in 2018, and the ace signed a four-year contract extension with the Phillies in 2019.

Book An Experience With Aaron Nola