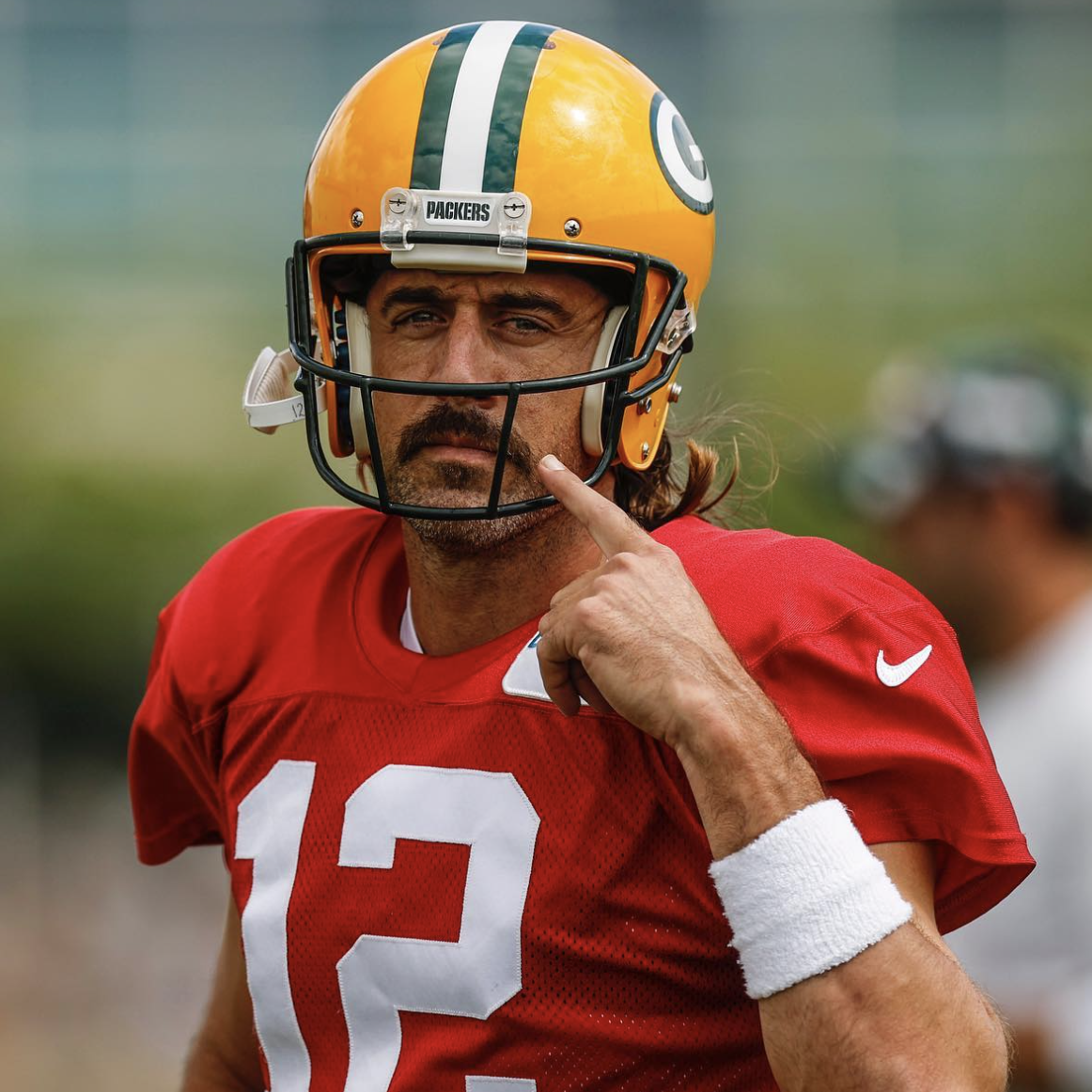 Aaron Rodgers, quarterback for the Green Bay Packers of the National Football League, was born on December 2, 1983 in Chico, CA. Rodgers played college football for one season at Butte Community College before receiving a scholarship to play for the University of California. After forgoing his senior season, he was selected in the first round (24th overall) of the 2005 NFL Draft by the Packers.

After taking over in 2008, he quickly proved that he was one of the best quarterbacks in the league by passing for over 4,000 yards and throwing for 28 touchdowns in his first season as a starter. In 2010, Rodgers led Green Bay to a victory in Super Bowl XLV where he was named Super Bowl MVP. The following season, the Packers had one of the most dynamic offenses in NFL history – driven by Aaron’s 45 touchdowns and only 6 interceptions. The team went 15-1 and he was named Associated Press Athlete of the Year in 2011 and league MVP by the Associated Press. He would later go on to win the 2014 league MVP award after throwing for 38 touchdowns and 4,381 yards with just 5 interceptions - he set an NFL record for most consecutive pass attempts (512) at home without an interception that season. He has been selected to the Pro Bowl eight times and other career accomplishments include: leading the NFL three times in touchdown-to-interception ratio (2011, 2012, 2014), twice in passer rating (2011, 2012), touchdown passing percentage (2011, 2012), lowest passing interception percentage (2009, 2014), and once in touchdown passes (2016) and yards per attempt (2011).

Aaron is the co-creator and founder, with David Gruber, of “itsAaron”, a foundation with a mission of creating awareness for organizations and people who are changing the world. He is also a strong supporter of A21, the Boys and Girls Club in Neenah, WI, the MACC Fund, North Valley Community Foundation, RAISE Hope for Congo, Starkey, and other humanitarian and charitable efforts.

Book An Experience With Aaron Rodgers

Book Aaron to play nine or eighteen holes with him at a course of...