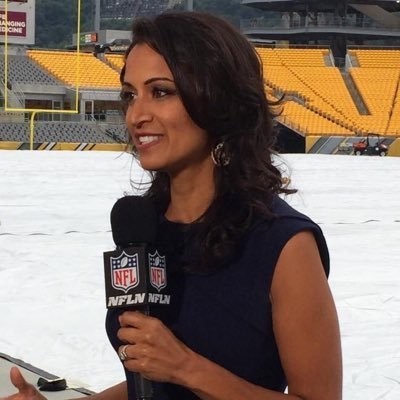 Aditi Kinkhabwala is a Pittsburgh-based reporter for NFL Media which she joined in 2012 after two years at the Wall Street Journal. At The Journal, Kinkhabwala was a New York Giants beat writer and NFL writer (and went zip-lining over Indianapolis with Roger Goodell). Prior to that, she covered Rutgers football and men's and women's basketball for The Record in New Jersey. She started her career at the San Antonio Express-News and also wrote a column for SI.com.

Book An Experience With Aditi Kinkhabwala