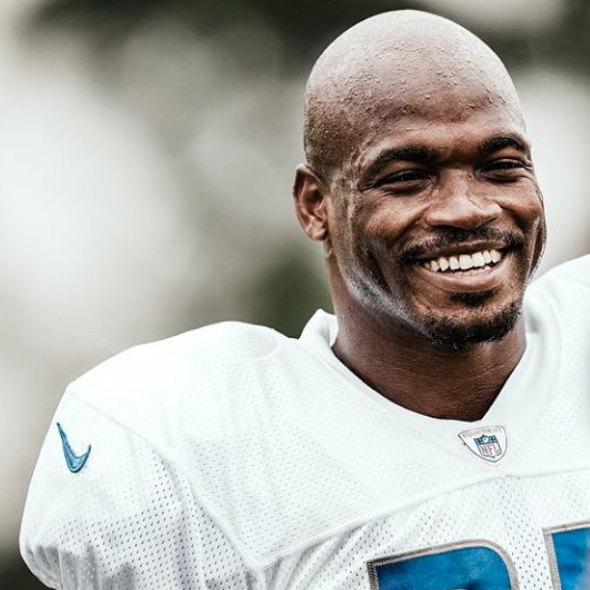 Adrian Peterson is an NFL Running Back for the Detrooit Lions. He was drafted 7th overall in the 2007 NFL Draft by the Minnesota Vikings, after playing college football at The University of Oklahoma. Peterson is one of the most explosive running backs the NFL has ever seen, winning the NFL MVP Award and the AP NFL Offensive Player of the Year Award in 2012. He is a 7x Pro Bowl selection and 4x first team All Pro selection and holds the single game rushing record of 296 rush yards. After 10 seasons with the Vikings, Peterson spent time with both the New Orleans Saints and the Arizona Cardinals before signing with Washington Redskins in 2018. Beyond the gridiron, Peterson is the founder/host of the All Day Elite Football Camp which works with brands and coaches to "prepare today's youth for the future through pro football training and positive messages."

Book An Experience With Adrian Peterson