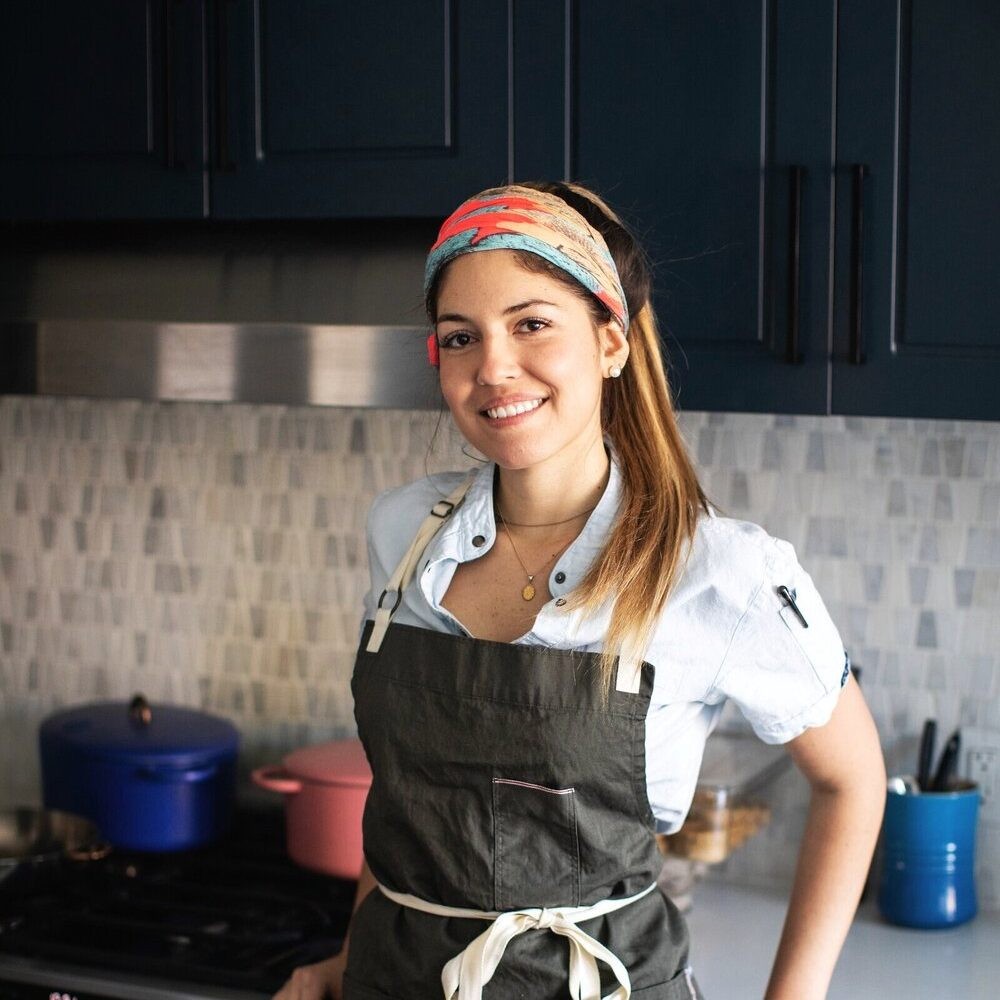 Adriana Urbina is a Latin American Chef,  tv host, recipe developer & women’s advocate with more than 12 years of experience in the restaurant industry, who believes that cooking is a form of self-expression that brings people together and elevates the human spirit.

She graduated from Alain Ducasse Culinary School in Paris  and  the institute of integrative Nutrition in NYC. Urbina perfected her culinary skills at top 3 Michelin Star restaurants around the world, like "Mugaritz" and "Martin Berasategui" in Spain as well as working as an executive chef for several restaurants in NYC.

She has competed on multiple national cooking TV shows and she’s a three-time winner of Food Network’s “Chopped”; being  the only Latin-American female chef to have won the title.

Urbina’s work has been featured in big publications like Vice media, Forbes, Women entrepreneurs, Man Repeller, Vogue, among others. Most recently she was part of L'oreal's Paris most recent Campaign in celebration of Women's history month.

You can catch Adriana's. work on Refinery29 Mini series "Good Chef, Bad Kitchen",   Epicurious " 4 Levels", Well + Good "Healthy Eating with Adriana"  and on her most recent cooking show with Verizon’s In The Know called “Zero Waste Kitchen” showcasing 24 recipes with tips and tricks to be more resourceful in the kitchen to maximize the use of ingredients to have a zero-waste kitchen.

Last but not least She is the founder and culinary director of Tepuy Collective, A platform that connects talented women chefs with corporations and brands, encouraging them to think about how they can use their purchasing power to support food businesses representative of inclusion.

Book An Experience With Adriana Urbina