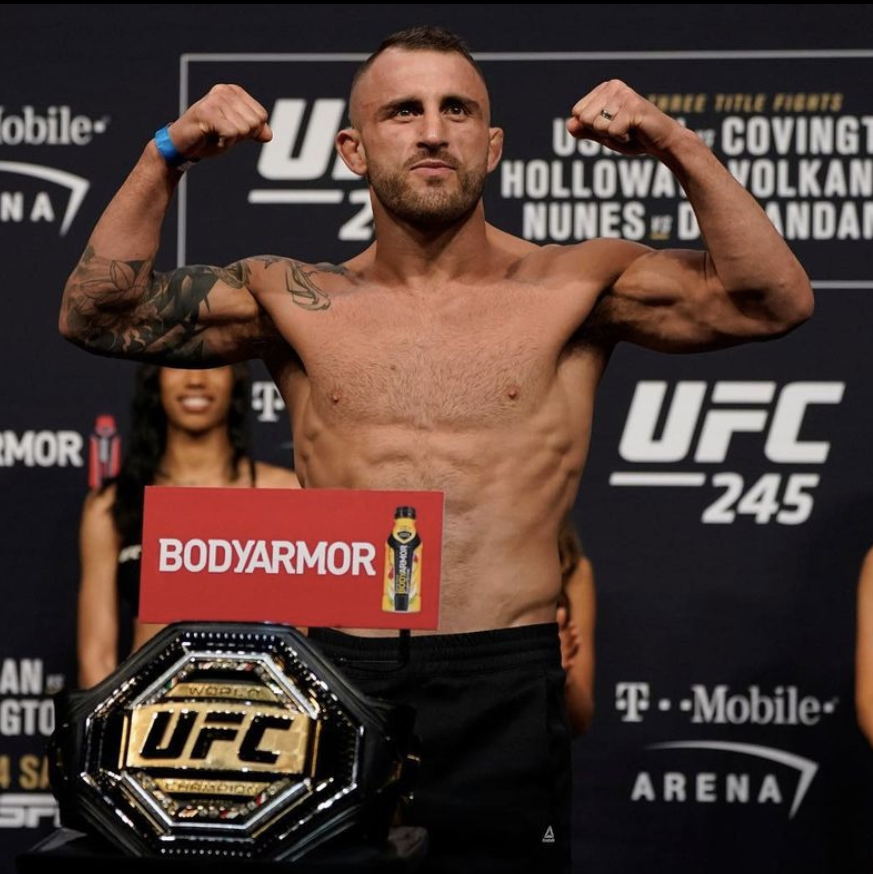 Alexander “The Great” Volkanovski is a Mixed Martial Arts (MMA) athlete from Australia who is currently the Champion of the UFC's Featherweight division. Originally a front-rower, Volko (as he is affectionately known) has transformed from a 96kg high-speed bowling ball, to a 145lb (65.8kg) high octane athlete with the ability to outmatch his competition through pure skill, strength and stamina. Alex is recognized as one of the pound for pound best fighters in Australia – a 2 time National Gold Medalist in Wrestling, currently and an impressive professional MMA record of 20-1-0 and is on a 17 fight win streak.

From rugby to UFC fighter, Alexander Volkanovski finding success in his second chapter. For a decade, he was a rugby player in Lake Illawarra on the South Coast of Australia. As a rugby player, Volkanovski played for the local club, the Warilla Gorillas at a grade below the pinnacle level of the sport in the NRL. He was a mainstay of that club and helped it to win the grand final in his last season there.

Despite the tough exterior, Alex is a true family man, married with two young daughters, his attitude towards supporting his family continues to give him the motivation and drive to train day in day out and compete at the highest level.

Book An Experience With Alexander Volkanovski