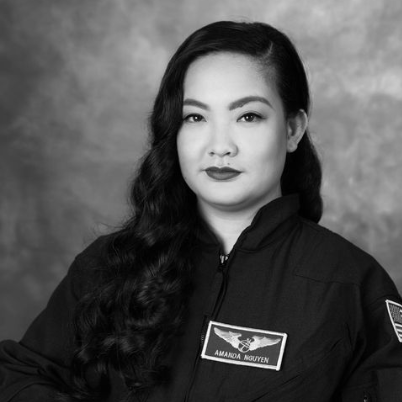 Amanda Nguyen is the Founder of Rise, a 2019 Nobel Peace Prize Nominee, and a 2022 TIME Woman of the Year. Amanda’s 2021 viral video ignited a wave of collective action in the anti-Asian hate movement. She drafted and unanimously passed the Sexual Assault Survivors’ Bill of Rights through the United States Congress. Nguyen's contributions have inspired over 50 additional laws to be passed. Amanda’s directorial debut, Everything I Ever Wanted To Tell My Daughter About Men, won Best Feature at the 2022 Cannes Independent Film Festival. She is the lead of the Emmy-nominated Mini-Documentary "Rise Above" by Money Magazine. The Harvard graduate served at NASA and the White House and is an Astronaut-Scientist Candidate at the Astronautical Science Institute. Her accomplishments have landed her on Forbes 30 Under 30 twice.

Book An Experience With Amanda Nguyen