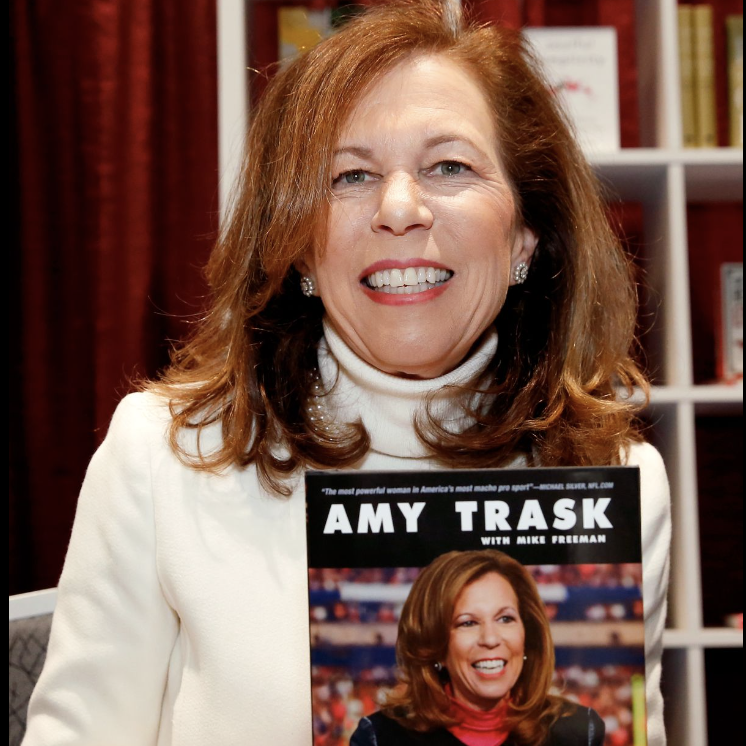 Respected sports executive Amy Trask worked with the Oakland Raiders for almost 30 years, serving as CEO from 1997 to 2013. In her role, she was involved in all non-football business matters and operations for the team, including team representation at league meetings. She joined the Raiders as an intern while she was still a law school student in 1983, and worked her way up to become the NFL’s first female front-office executive.

She is the author of You Negotiate Like a Girl: Reflections on a Career in the National Football League and serves on the board of directors for Tony La Russa’s Animal Rescue Foundation and the advisory board of the Los Angeles Sports and Entertainment Commission. She is currently a football analyst for CBS Sports Network. Trask also currently serves as Chairman of the Board of Big3, a 3-on-3 professional basketball league. Trask served as CEO of Big3 during its inaugural season that began in June 2017. Trask received a 2017 WISE Woman of the Year Award awarded by Women in Sports and Events (WISE), and a 2018 Campanile Excellence in Achievement Award awarded by the UC Berkeley Foundation and the Cal Alumni Association.

Book An Experience With Amy Trask