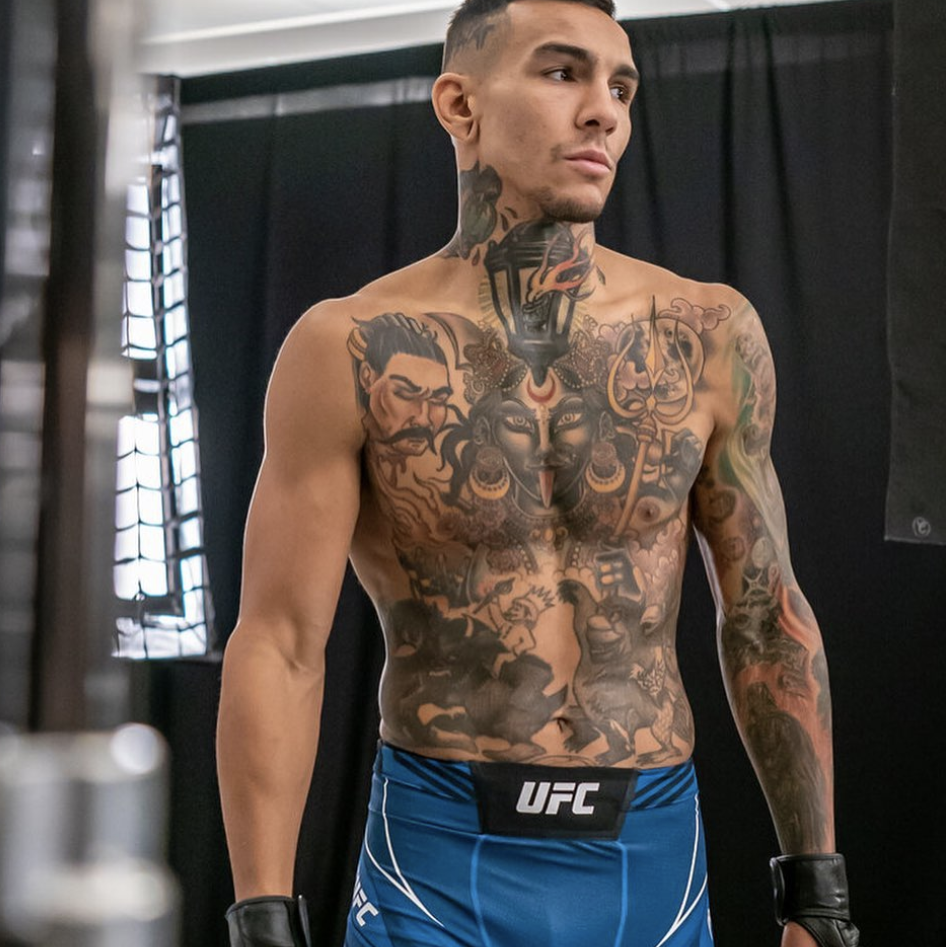 Andre Riley Givens better known by the name Andre Fili is an American mixed martial artist who competes in the Featherweight division. Fili is of Samoan and Native Hawaiian descent and is currently signed with the Ultimate Fighting Championship. Fili has a UFC record of 21 wins and 8 losses. Fili also is a musician with an infectious personality. Fili founded Outcasts & Underdogs which is a movement aimed at helping under privileged kids have access to greater opportunities and to become better versions of themselves.

Book An Experience With Andre Fili