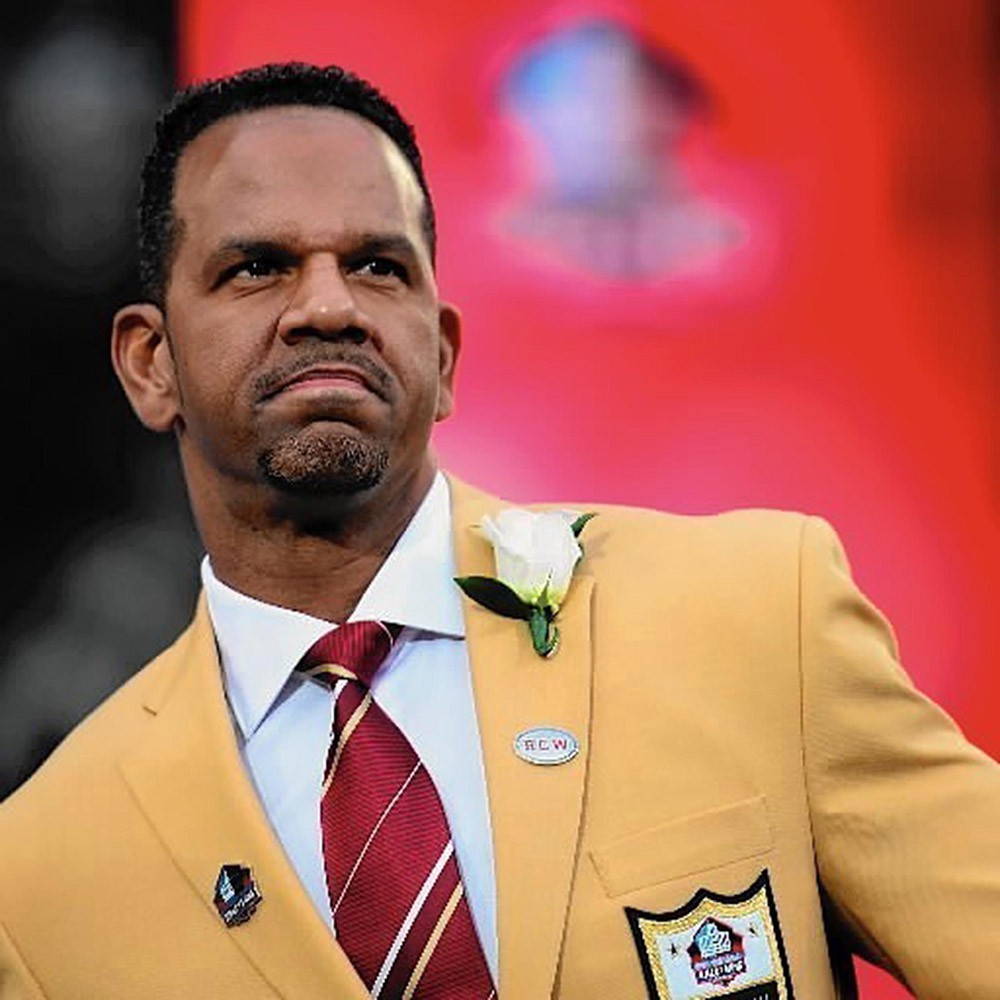 In 1985, the Buffalo Bills used their fourth round pick in the draft to select wide receiver Andre Reed out of relatively little known Kutztown State University. The fact that the Bills also used a second round pick to select a wide receiver, and already had a Pro Bowl receiver in Jerry Butler, suggested that Reed would have to distinguish himself just to make the team. Reed, however, not only made the team, he managed to play 15 seasons with the Bills (1985-1999) and one final year with the Washington Redskins (2000). In the process he was selected to play in seven consecutive Pro Bowls (1989-1995), rewrote the Bills’ record book and added several entries in the NFL’s record book. When Reed retired, he was considered one of the greatest “yards after catch” receivers and his 951 career receptions ranked third in league history. His 13 seasons, including nine consecutive, with 50-plus receptions was exceeded only by Jerry Rice at the time of Reed's retirement. Without a doubt, the most prolific receiver in Bills history, Reed, a four-time All-AFC choice, is still the team’s all-time leading receiver with 941 receptions, (266 more than number two on the list). His 13,095 career reception yards are still a team best, as are his 36 games with 100-plus receiving yards and his 15 receptions in a game. A scoring threat, Reed is tied with Bills running back Thurman Thomas for most career touchdowns (87), most of which came on passes from Hall of Fame quarterback Jim Kelly. The Kelly-Reed tandem also held the NFL record for career completions (663) until 2004 when it was eclipsed by the Indianapolis Colts combination of Peyton Manning and Marvin Harrison. Reed made most of his career receptions over the middle where hard-hitting linebackers and safeties often lurked. "He was really good at running the short route and turning it into a long gain," said teammate Steve Tasker. "Jim (Kelly) loved it because it was an easy throw for a lot of yards. We all loved it because he could turn a nothing five-yard completion into a 65-yard touchdown. That's what Andre's gift was." Reed added an additional 85 catches for 1,229 yards, including five 100-yard games, in the post-season during his career. He started in five AFC championship games and four Super Bowls. Since retiring, Reed enjoys golfing, mentoring youth, and has set up his own foundation to help inner city youth reach their full potential.

Book An Experience With Andre Reed

Book Andre to speak to your next charity event, sales meeting, or for any event you n...