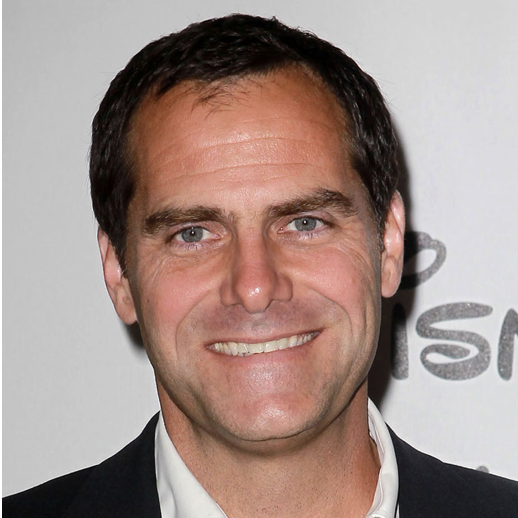 For the last decade, Andy Buckley served as a Financial Advisor at a major bank, part of a group managing over $400M in personal assets. This was perfect background material for his fictional role as, David Wallace, CFO of the Dunder Mifflin Paper Company, playing opposite Steve Carrell on NBC’s hit comedy The Office.

Since The Office, he's done recurring roles on HBO's hit comedies VEEP and Silicon Valley.  Presently, Buckley has a recurring role as Tech Billionaire Richard Elia on the hit CBS show SCORPION.  His next main role starts airing this June on Bravo's first scripted comedy ODD MOM OUT, a Sex in the City type comedy set in the moneyed world of NYC's Upper East Side.  As well, Buckley has a supporting role in JURASSIC WORLD.

Additionally, Andy has had supporting roles alongside Will Ferrell & Mark Wahlberg in ‘The Other Guys’ and in ‘Life As We Know It’ opposite Katherine Heigl & Josh Duhamel. He still keeps his position at the bank.

Andy Buckley emcees and speaks at various corporate and charitable events across the country. The mix of his continuing corporate background and ‘The Office’ persona lends an entertaining aspect to these speaking engagements.

Born in Boston, Buckley spent time growing up in St. Louis, Chicago, South Florida. He attended Stanford where played on the golf team his first two years at school. He’s married with a son and resides in Los Angeles.

Book An Experience With Andy Buckley