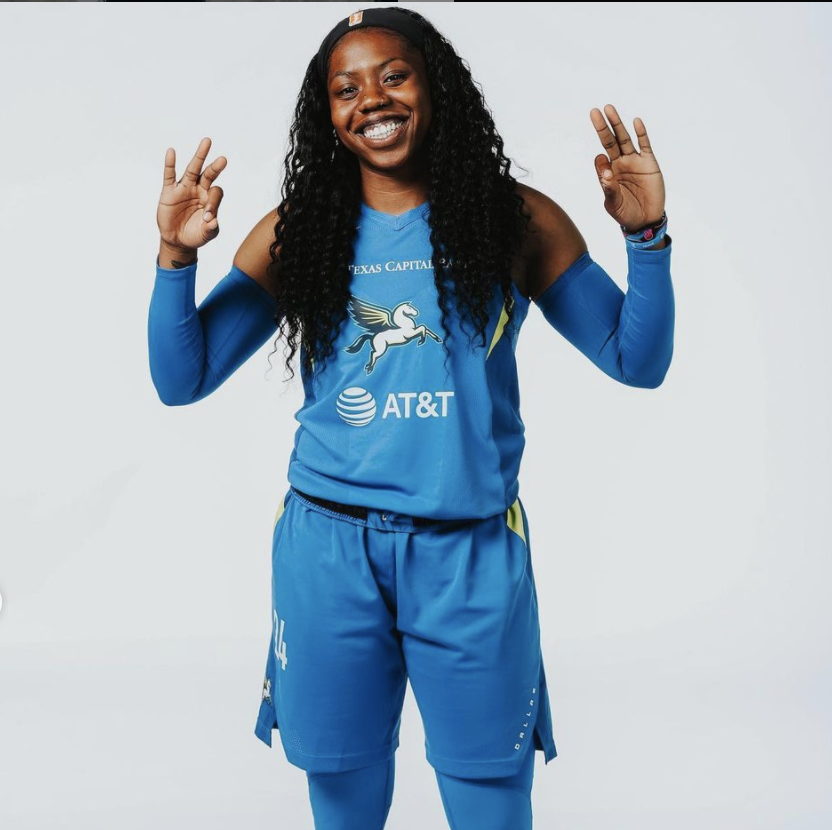 Arike Ogunbowale is a point guard for the WNBA's Dallas Wings. She was selected as the fifth overall pick in the 2019 WNBA Draft following a standout four years at the University of Notre Dame. Her legendary career at Notre Dame was cemented in 2018, when she was named Most Outstanding Player and the Fighting Irish captured the 2018 National Championship. Arike went viral after hitting game-winning shots in both the semifinal and championship games.

Her performance led to a spot on season 26 of ABC’s Dancing with the Stars, where she partnered with pro Gleb Savchenko. Arike was the first active NCAA athlete to compete on the show while maintaining her amateur status. Arike left Notre Dame as the program’s all-time leading scorer, finishing with 2,626 career points. She also holds the record for career-made field goals with 954 and started 102 straight games—the second most consecutive starts in program history. Her international career has featured five USA Basketball medals (four gold, one silver) and competitions in six foreign countries.

Arike comes from a long line of athletes. She is the youngest of three children and one of her older brothers, Dare, was a running back for the University of Wisconsin and now plays for the Tampa Bay Buccaneers. Her mother, Yolanda, was a softball pitcher at DePaul University and her father, Gregory, played soccer and rugby.

Away from the court, Arike is very active in numerous community service projects including Special Olympics and the Ronald McDonald House.

Book An Experience With Arike Ogunbowale

Submit an inquiry if you are interested in having Arike make an i...

Request Arike to host your next virtual basketball clinic.