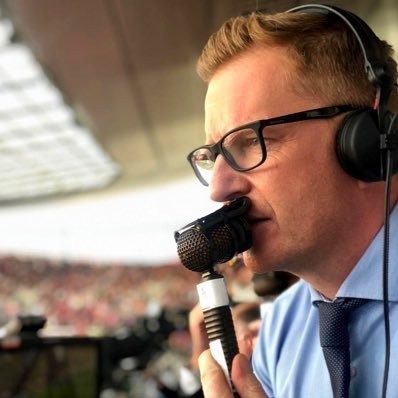 Arlo White has served as the lead play-by-play voice for NBC Sports Group’s Premier League coverage since the network acquired the exclusive U.S. media rights beginning with the 2013-14 season. In addition, White has called soccer for NBC Olympics during the 2016 Rio and 2012 London Games.

The New York Times profiled White in a 2015 story, stating in the headline that he “pairs proper English accent with unbridled American verve.”

Prior to relocating back to the U.K. to call Premier League matches on-site for NBC Sports, White served as the play-by-play voice for NBC Sports Group’s Major League Soccer coverage and U.S. National team games. Prior to joining NBC, White was the play-by-play voice of the Seattle Sounders FC of MLS on television and radio, which included all MLS games, U.S. Open Cup and CONCACAF Champions League games. He also hosted the Sounders FC pre-game television show, producing online content and hosting the weekly Arlo White Show on 950KJR in Seattle.

He previously spent nine years with BBC Radio Sport in England where he was part of the BBC Radio 5-Live announcing team for the 2010 FIFA World Cup in South Africa.

Book An Experience With Arlo White

Book Arlo to moderate your next panel, conference, or event! Arlo is an experienced p...