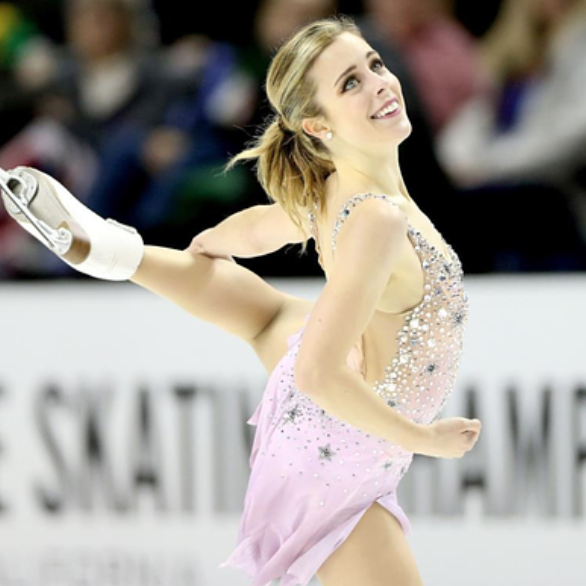 Ashley Wagner was born in a U.S. Army base in Heidelberg, Germany. She began figure skating at the age of five while living in Eagle River, Alaska, one of the seven places she would live before her family settled in Alexandria, Virginia when she was ten. Ashley currently lives and trains in Los Angeles, California.

Since then, Ashley has podiumed 24 times in national and international competitions, including a Bronze medal in the team event at the 2014 Sochi Winter Olympics and three Gold medal finishes at the U.S National Championships in 2012, 2013, and 2015.

At the end of the 2015-16 seaons, Ashley became the first American woman in a decade to medal at the World Championships, earning a Silver medal. Ashley is U.S Figure Skating's top ranked figure skater and has held the ranking consecutively over the past few yeaars. The 2017-18 season was Ashley's final season competing, but she added to her collection of accomplishmnets when she won bronze at the 2017 Skate Canada International. Although Ashley's competition days have come to an end, she continues to be a prominent figure in the ice skating world by commentating Grand Prix events.

Ashley's success on the ice has translated to celebrity status off of the ice. She has walked the red carpet at the Oscars, thrown out the first pitch at an LA Angels game, and appeared on talk shows including Bethenny, Fox Sport's "Crowd Goes Wild," and Arsenio.

Book An Experience With Ashley Wagner