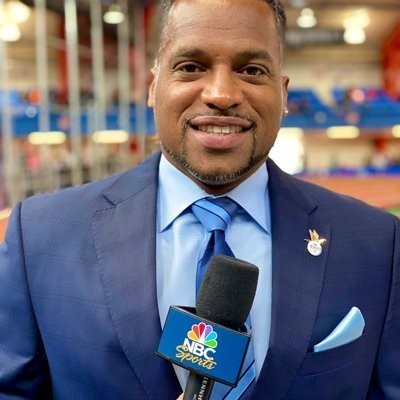 Boldon joined the NBC Olympics broadcasting team in 2008, where he served as a track and field analyst for NBC’s coverage of the Beijing Olympic Games. Boldon continued in that role during the 2012 London Olympic Games. Most recently, Boldon served as an Olympic correspondent at the 2018 Olympic Winter Games in PyeongChang.

In 1992, Boldon represented Trinidad and Tobago in the 100m and 200m competitions at the Barcelona Olympics. At the 1996 Atlanta Olympics, Boldon won bronze medals in the 100m and 200m events. Boldon won a silver medal in the 100m, and a bronze in the 200m, at the 2000 Olympic Games in Sydney. Boldon retired shortly after the 2004 Athens Olympics, where he helped lead his country’s 4x100m relay team to their first-ever Olympic 4x100m relay final.

Book An Experience With Ato Boldon