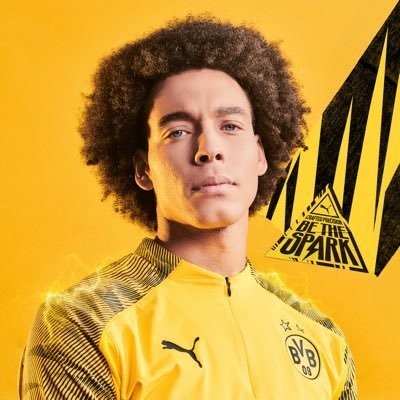 Axel Witsel is a professional soccer player for the Belgian National Team and Borussia Dortmund of the German Bundesliga. Before the start of the 2018-19 season, Witsel signed with Bundesliga’s Borussia Dortmund, and prior to returning to Europe to play for Borussia Dortmund, Witsel competed for Chinese club Tianjin Quanjian. Following a season in Portugal with S.L. Benfica, Witsel signed with Russian team Zenit Saint Petersburg of the Russian Premier League, where he was a part of two Russian Super Cup victories.

After a long junior career playing for Belgian’s under-21 side, Witsel made his international debut for the Belgian National team on March 26, 2008. Since then, he has competed for the squad in the 2014 FIFA World Cup, UEFA Euro 2016 and the 2018 FIFA World Cup, where he helped lead the squad to a third-place finish Born in Belguim, Witsel began his career with hometown club Standard Liege in September 2006. At just 18 years old, Witsel played a crucial role for the 2007-08 squad that took home the Belgian League title. That same season, Witsel earned the Belgian Golden Shoe.

Witsel is an ambassador for Action Damien, an organization working to fight leprosy and tuberculosis. Witsel is also very interested in fashion and has his own clothing line.

Book An Experience With Axel Witsel