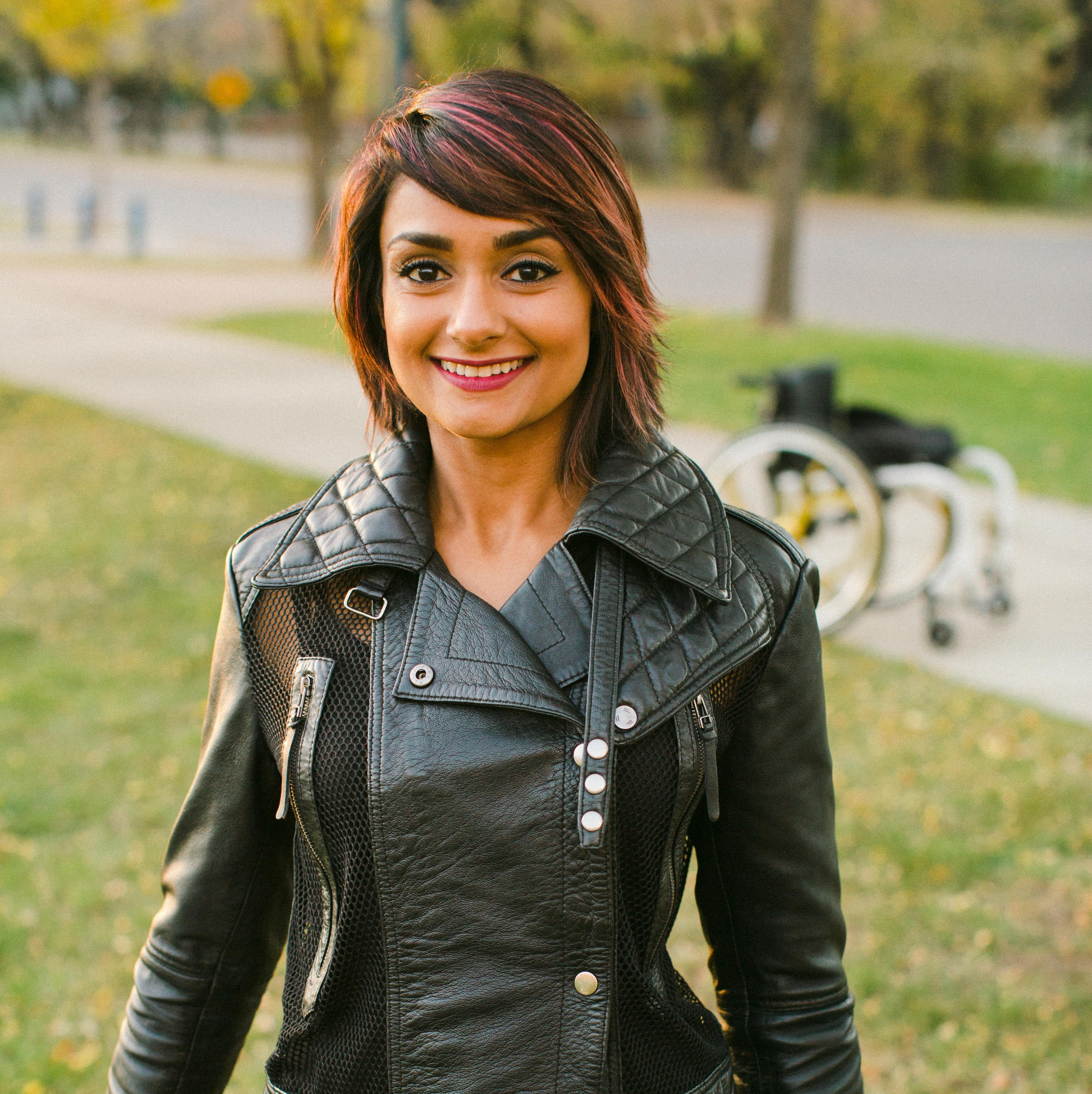 Benveet “Bean” Gill’s story serves up a dose of reality like you’ve never heard before.

In her 20s, Gill was working as an X-ray technologist in a cardiac catheterization lab. But, in 2012, when she turned 30, everything changed. She left an abusive relationship, her dad left her family and, during vacation, a virus paralyzed her from the waist down.

While relaxing in a hotel room with close friends, she felt a sudden, stabbing pain in her spine. "The pain lasted only a few minutes, and then I couldn't move my right leg. I was paralyzed within 10 minutes."

Multiple neurologists told Gill a virus was likely to blame, and she would regain full use of her legs within weeks.

After several months of no progress, Bean was forced to come to grips with her new reality. A once athletic young woman who enjoyed modeling, kickboxing, and weightlifting, she struggled with betrayal by her own body. She couldn't roll over, sit up, or get out of bed without help. She was forced to find her way through an inaccessible society, all the while living with paralysis and learning how to love herself - disability and all.

"My life was flipped upside down. I hated everything about me. I hated my life."

Bean took her health into her own hands, seeking out the answers and help she needed to confront her challenges head-on. Eventually, Gill found her confidence again. She worked to regain movement in her legs and pushed herself to try sports she never would have attempted before being paralyzed.

If it wasn’t for the worst year of her life, Gill wouldn’t be who she is today.

Bean’s sudden onset paralysis opened her eyes to the many injustices, inequalities and challenges that are a part of life for those with disabilities. She went from dealing with a new identity of life in a wheelchair to using her situation as a platform to help others.

In 2017 she co-founded ReYu Paralysis Recovery Center - a non-profit she started with her Neuro-Exercise Specialist and zero capital. The wellness center exists to inspire, motivate, and promote recovery with increased function for individuals with spinal cord injuries and associated neurological disorders. "We show them that they can do the things that they were told they were never going to do."

Being a woman of color who also has a visible disability, Gill is an example of unwavering strength and resilience. By confronting adversity and sharing her story, Bean Gill breaks down barriers and is changing stigmas surrounding people with disabilities.

Gill’s work has earned her local and national recognition, including Top 40 Under 40, RBC Canadian Women Entrepreneur Award, and Global’s Woman of Vision Award. Bean is the reigning Miss Wheelchair Canada and was recognized by Mattel as one of Canada's top 60 inspiring women as part of Barbie's 60th Anniversary.

Book An Experience With Bean Gill

You can tell how passionate she is to help others and it’s this quality that inspires those around her to do the same.

Bean is a symbol of hope in our lives, she inspires us to never give up on ourselves, and constantly keep improving.

I admire her for helping spread the message and promoting visibility for people with disabilities.

“Bean has really changed the way I see disability. Seeing her push boundaries and succeed made me realize my assumptions about disability were wrong.”

Bean was captivating, motivating and left the audience inspired and eager to share their learnings from her with their networks. She has many challenges to overcome each and every day, yet her message of positivity and first-hand experience will help us define a better understanding on how to remove barriers for those with challenges. Many people left feeling moved and we look forward to having Bean at future events.