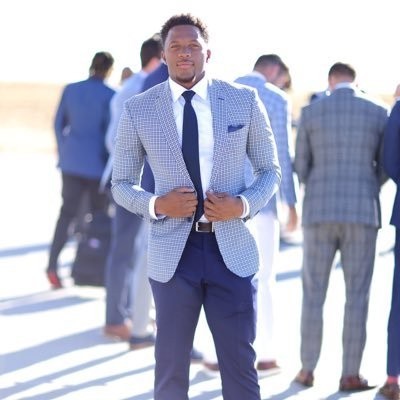 Bennie Warren Fowler, III, is a six -year veteran of the National Football League. He began his career as an undrafted free agent signed by the Denver Broncos in 2014. He spent four years with the Denver Broncos and was a member of the Super Bowl 50 Championship Team in 2016. This upcoming season will be his sixth in the league. Before that, Bennie played his collegiate football at Michigan State University where he was a member of the 2014 100th Rose Bowl Championship Team. His mission is to inspire people and show kids they don’t have to be an athlete to be successful, a message he reinforces at the annual Bennie Fowler youth football camp. Bennie is an on-demand speaker who was trained through the NFL Speakers Bureau and lives in Denver during the offseason. Fowler other endeavors off the field include writing a book titled "Silver Spoon: The Imperfect Guide to Success," and founding the Bennie Fowler Youth Camp taking place annually in Detroit, Michigan.

Book An Experience With Bennie Fowler