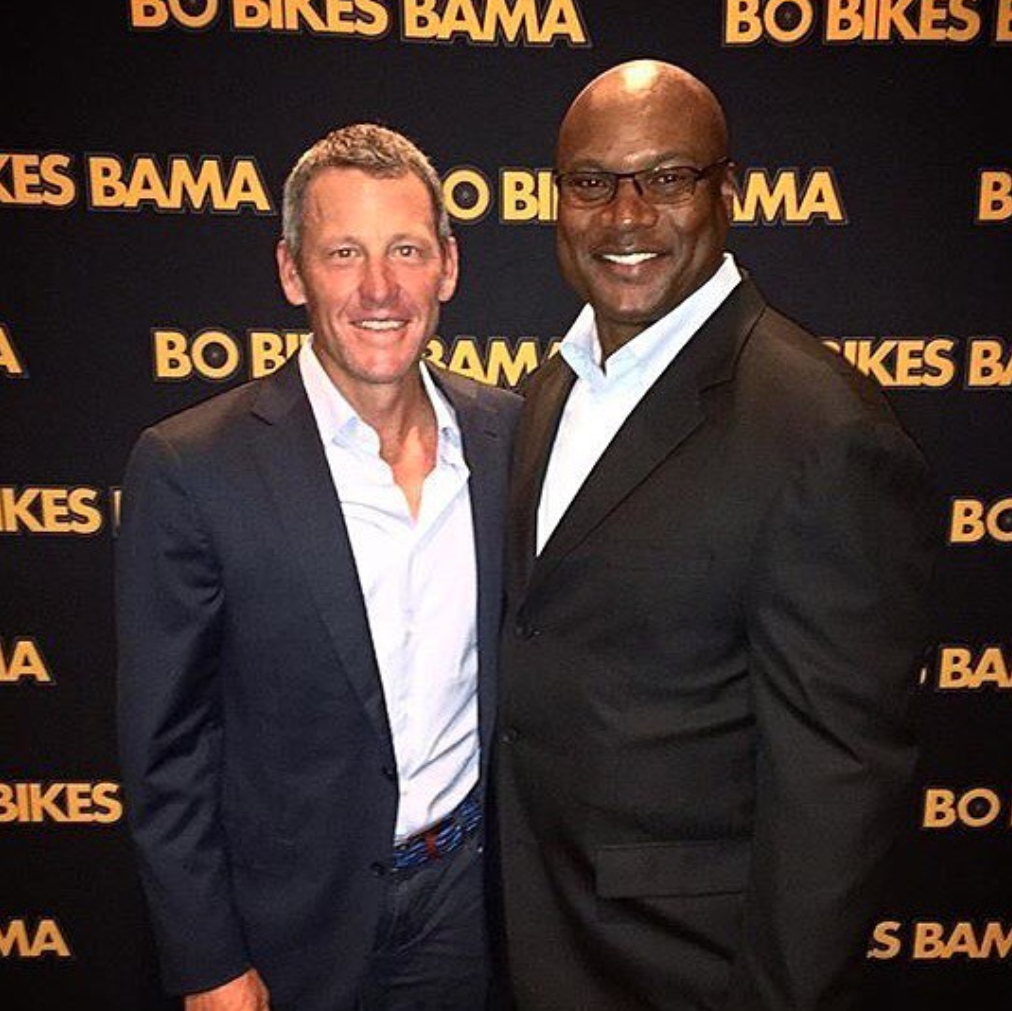 Vincent Edward "Bo" Jackson (born November 30, 1962) is a retired American baseball and football player. He was the first athlete to be named an All-Star in two major American sports.

In football, he played running back for the Oakland Raiders of the National Football League. In baseball, he played left field and was a designated hitter for the Kansas City Royals,  Chicago White Sox and Los Angeles Angels of the American League in Major League Baseball. While at Auburn University, he won the 1985 Heisman Trophy, the prize annually awarded to the most outstanding collegiate football player in the United States. He also ran a 40-yard dash in 4.12 seconds (hand-timed), which is still the fastest verifiable 40-yard dash time ever recorded at any NFL Combine. Johnson was drafted with the first overall pick in the 1986 NFL draft by the Los Angeles Raiders. A hip injury severely impaired his professional baseball career, and ended his NFL career. While at Auburn, Jackson was a bonafide superstar. Along with winning the Heisman, Jackson also won the Walter Camp Award, Sporting News Player of the Year, two-time Consensus All-American, and three-time First Team All-SEC. Jackson was inducted to the College Football Hall of Fame and had his number, 34, retired by Auburn.

In baseball, Jackson was an All-Star in 1989 while playing for the Kansas City Royals. In 1989 and 1990, Jackson's name became known beyond just sports fans through the "Bo Knows" advertising campaign, a series of advertisements by Nike, that starred Jackson alongside Rock and Roll Hall of Fame musician Bo Diddley, promoting a cross-training athletic shoe named for Jackson. After a 2011 Tornado ravaged his native Alabama, Bo founded a fundraiser entitled "Bo Bikes Bama." The bike tour lasted five days where Jackson visited towns that had been demolished by the series of tornadoes. Bo was accompanied on this tour by celebrities such as Scottie Pippen and Ken Griffey Jr. Today, the "Bo Bikes Bama" campaign has raised over $1.1 million for the Alabama Governor's Emergency Relief Fund. Outside of sports, Jackson also had small acting roles in shows such as, The Fresh Prince of Bel-Air and The Chamber. Jackson was also very popular in video games, in particular the Madden NFL series, Tecmo Bowl, and his own video game, Bo Jackson’s Hit and Run.

Book An Experience With Bo Jackson

The feedback we received from bringing Bo Jackson to our event has been awesome. The energy at the office is at an all time high thanks to you. I would recommend Engage to anyone looking for an expert in the sports celebrity marketplace.