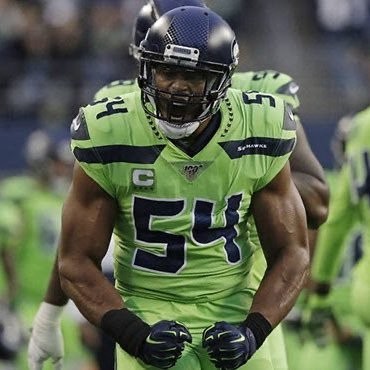 Bobby Wagner is an NFL linebacker for the Seattle Seahawks. He played college football at Utah State, and was drafted by the Seahawks in the second round of the 2012 NFL Draft. Wagner is a 6x Pro Bowler, 5x First-team All-Pro selectee, a 2x NFL Tackles leader, and a selectee to the NFL 2010s All-Decade Team. Wagner won a Super Bowl XLVIII with the Seahawks defeating the Denver Broncos.

Book An Experience With Bobby Wagner

Book A Livestream with Bobby Wagner