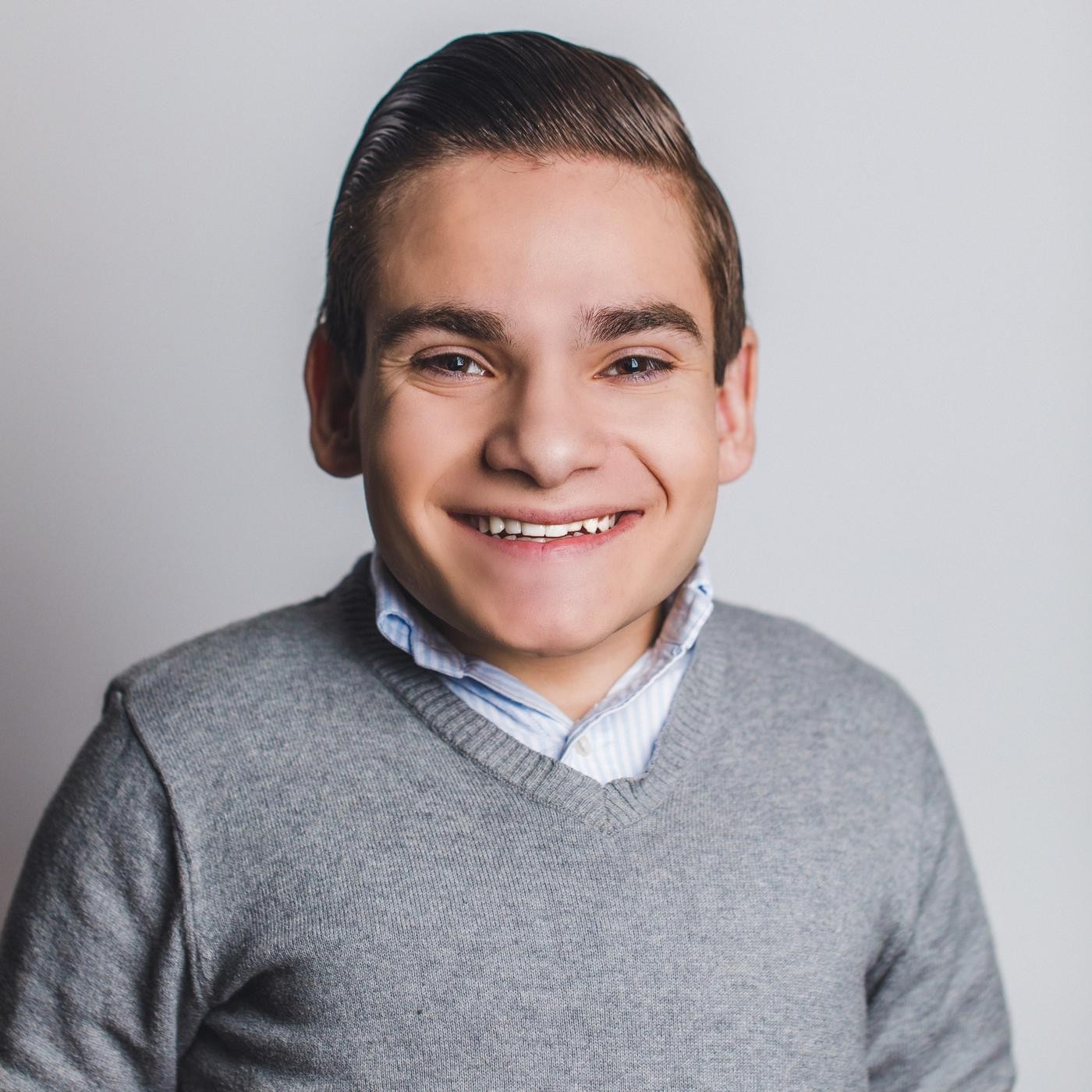 At just 19 years old, Brandon Farbstein is an internationally renowned empowerment speaker and thought innovator. He embarks on his mission to change the world one person at a time through his captivating talks to audiences ranging from youth, to business professionals, to conferences of 5,000 live. His message has reached over one million people around the world in just two years, including at the Vice Presidential Debate (October 2016) and TEDx Talks. Brandon uses charismatic influence to inspire and motivate, while leaving his audience with a stirring desire to be a catalyst for change. Standing at 3’9”, you will quickly discover how Brandon has transformed the lives of so many individuals across the globe, with a shift in perspective about themselves and others. At the age of 2, Brandon was diagnosed with a rare form of dwarfism called metatropic dysplasia, resulting in his current height being that of the average seven year old.Brandon doesn’t just inspire change, he makes it, too. After suffering from severe cyberbullying in high school, Brandon decided to use his story and experience to help the tens of thousands of kids that have to go through the same on a daily basis. He testified at the Virginia General Assembly multiple times in 2017 & 2018, and has since been the inspiration behind two new laws in Virginia. Brandon plans on continuing his work on passing legislative on a federal level.

Book An Experience With Brandon Farbstein

Book me for an appearance, signing, or event surrounding my new book, Ten Feet Tall.