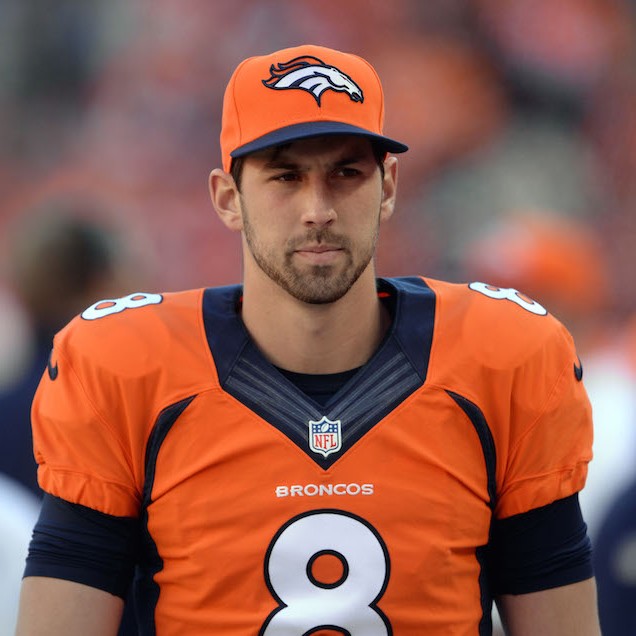 Brandon McManus is the placekicker for the Denver Broncos. McManus graduated from Temple University in 2013 as their all-time leading scorer and joined the Broncos in 2014 as their kickoff specialist. He won field goal duties prior to the 2015 season, and in his first game became only the third kicker in NFL history to make multiple 54+ yard kicks in the same game. He was a key part of the Broncos team that won Super Bowl 50 in 2015. McManus has gone on to become one of the team captains and, in September 2021, the Broncos' second-leading scorer in franchise history. He signed a $17.2 million extension in 2020 that will keep him in Denver until 2024. McManus has earned a reputation as a vocal leader and excellent teammate; in addition to serving as a team captain, he's forged such a close relationship with star linebacker Von Miller that Miller is the godfather to one of Brandon and his wife Nadia's children. Off the field, McManus is active in the Denver community. In 2018, he spoke in the Colorado State Senate in support of expanding mental health services for Colorado children.

Book An Experience With Brandon McManus