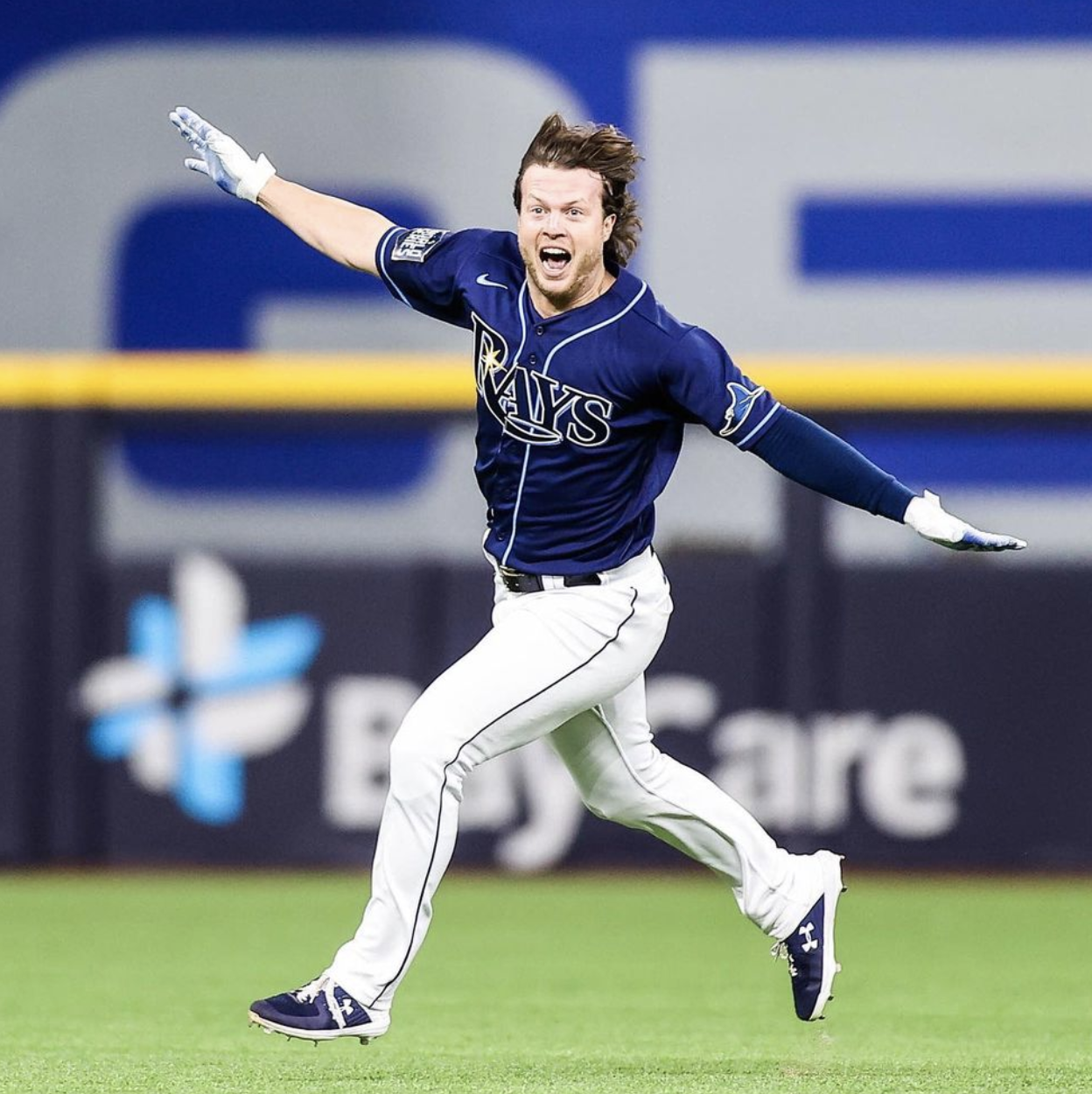 If you love baseball, you were pulling for Brett Phillips when he stepped into the batters' box to face Kenley Jansen as a pinch hitter in Game 4 of the 2020 World Series. It was the bottom of the 9th inning, and Tampa Bay trailed by one. With two outs, Phillips represented Tampa Bay's last chance to win the game and tie the series. Phillips only had two postseason plate appearances so far, and no hits. He worked the count to one ball and two strikes before lining a single into centerfield that scored the tying and winning runs. With his hit (and his legendary airplane celebration), he produced one of the most iconic moments in World Series history.

Born Brett Maverick Phillips in Seminole, Florida, Phillips attended Seminole High School before he was drafted by the Houston Astros in the 6th round of the 2012 MLB Draft. He signed with Houston rather than playing college ball at North Carolina State. He made his big league debut in 2017 with the Milwaukee Brewers, batting .276 with four home runs in limited action. He was traded to the Kansas City Royals in 2018 and traded again to Tampa Bay in 2020, joining the Rays only months before he produced perhaps the biggest postseason hit in franchise history.

Phillips, a Christian, is married to Brianna Hillman Phillips. He is passionate about the power of positivity and the science of building your brand as an athlete and enjoys speaking on both topics.

Book An Experience With Brett Phillips