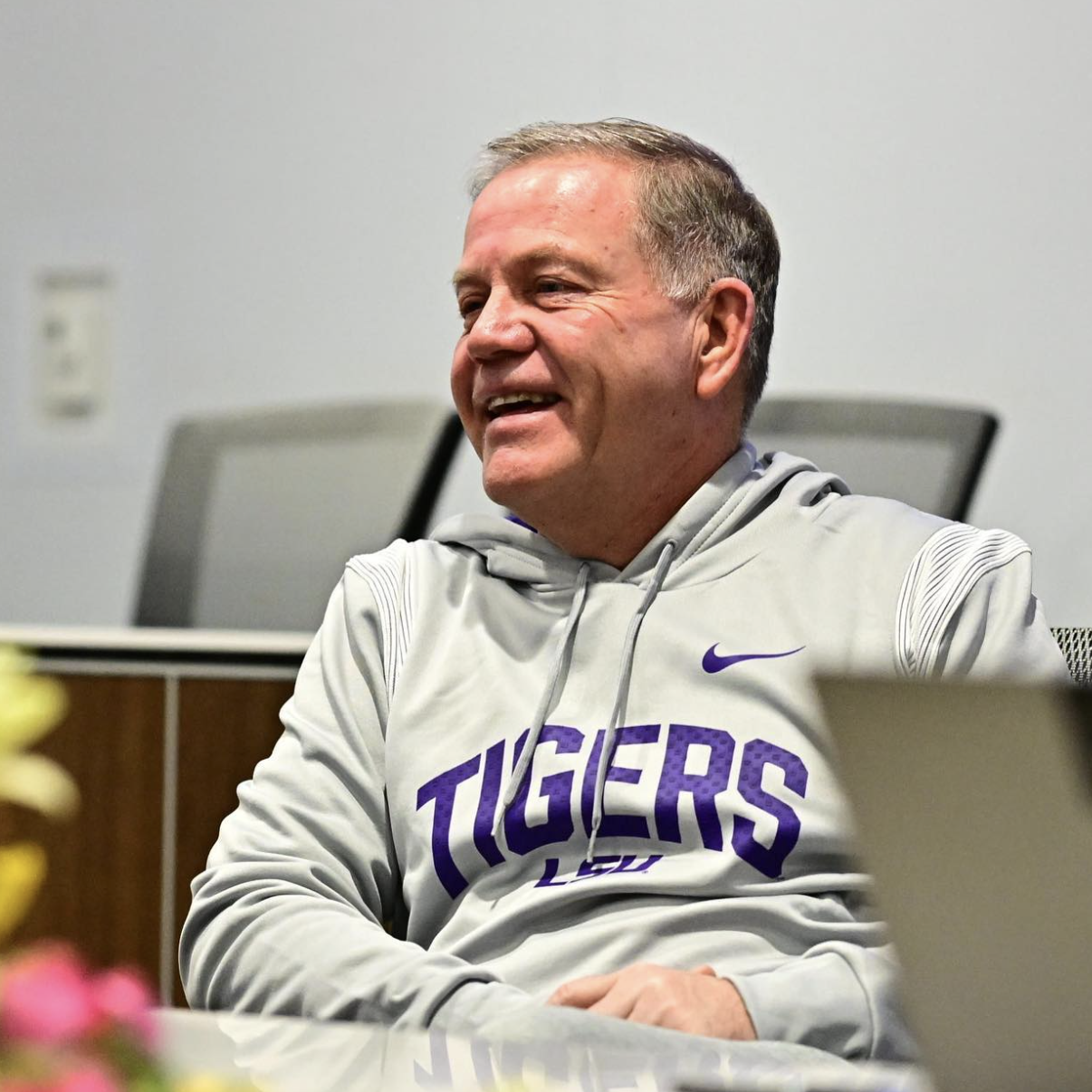 Brian Kelly is the Head Coach for the LSU Tigers and a former coach at Notre Dame, Cincinnati, Grand Valley State, and Central Michigan. He has won The Home Depot Coach of the Year Award three times (2009, 2012, and 2018). Kelly is one of the winningest active coaches in all of Division 1 College Football. He has a .723 winning percentage and brought the Irish to the College Football Playoff in 2019 and 2021 where they came just short of National Championship appearances. He also coached the Irish through multiple undefeated regular seasons, matching up against top football programs around the nation. Kelly’s expertise in leadership helped him produce collegiate programs that are respected and admired across the country. In addition to coaching a top-tier college football team Kelly and his family run the Kelly Cares Foundation, a philanthropic effort to help those suffering from cancer.

In addition to his success on the football field, Kelly is highly sought after as a keynote speaker on leadership and motivation. He has been praised for his ability to inspire and motivate his players and has shared his insights on leadership, teamwork, and success with audiences across the country. Kelly's passion and expertise make him a sought-after speaker on the subjects of leadership and motivation, and his life experiences and success on the football field make him a relatable and inspiring speaker.

Book An Experience With Brian Kelly