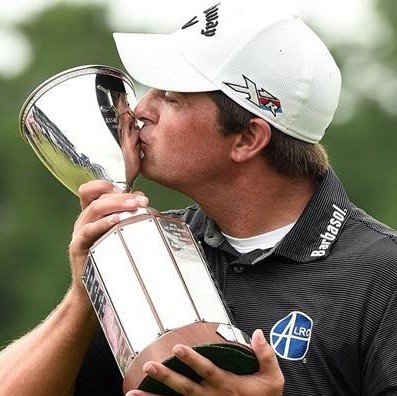 Brian Stuard is a PGA Tour golfer from Jackson, Michigan. He played college golf at Oakland University in Rochester, Michigan, then in the Mid-Continent Conference, and earned a bachelor's degree in management in 2005. Stuard turned professional in 2005 and played on the NGA Hooters Tour in 2006 and 2007.

He has played on the Nationwide Tour since 2008. He finished tied for 19th at the 2009 PGA Tour Qualifying School to earn his PGA Tour card for 2010. On the PGA Tour in 2010, he played in 28 events and made 13 cuts. His best finish was a tie for second at the Mayakoba Golf Classic at Riviera Maya-Cancun. He finished 154th on the money list and returned to the Nationwide Tour in 2011.

Stuard regained his PGA Tour card after graduating from the Web.com Tour in 2012.

Book An Experience With Brian Stuard