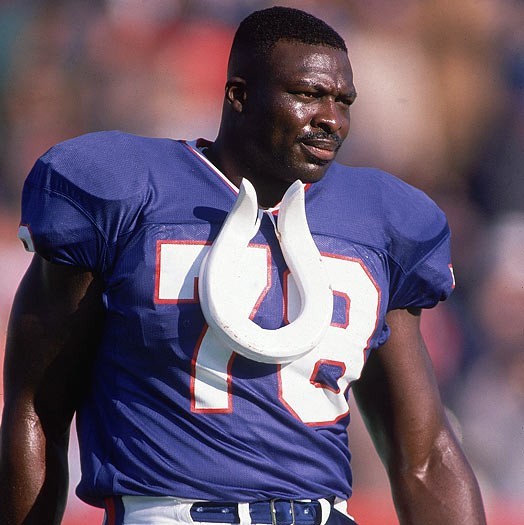 Bruce Smith is a former defensive end for the Buffalo Bills and the Washington Redskins of the National Football League. He was a member of the Buffalo Bills teams that played in four consecutive Super Bowls as AFC champions. The holder of the NFL career record for quarterback sacks with 200, Smith was enshrined in the Pro Football Hall of Fame in 2009, his first year of eligibility. Smith was inducted into the College Football Hall of Fame in 2006.

Book An Experience With Bruce Smith

Submit a Request with whatever you have in mind!