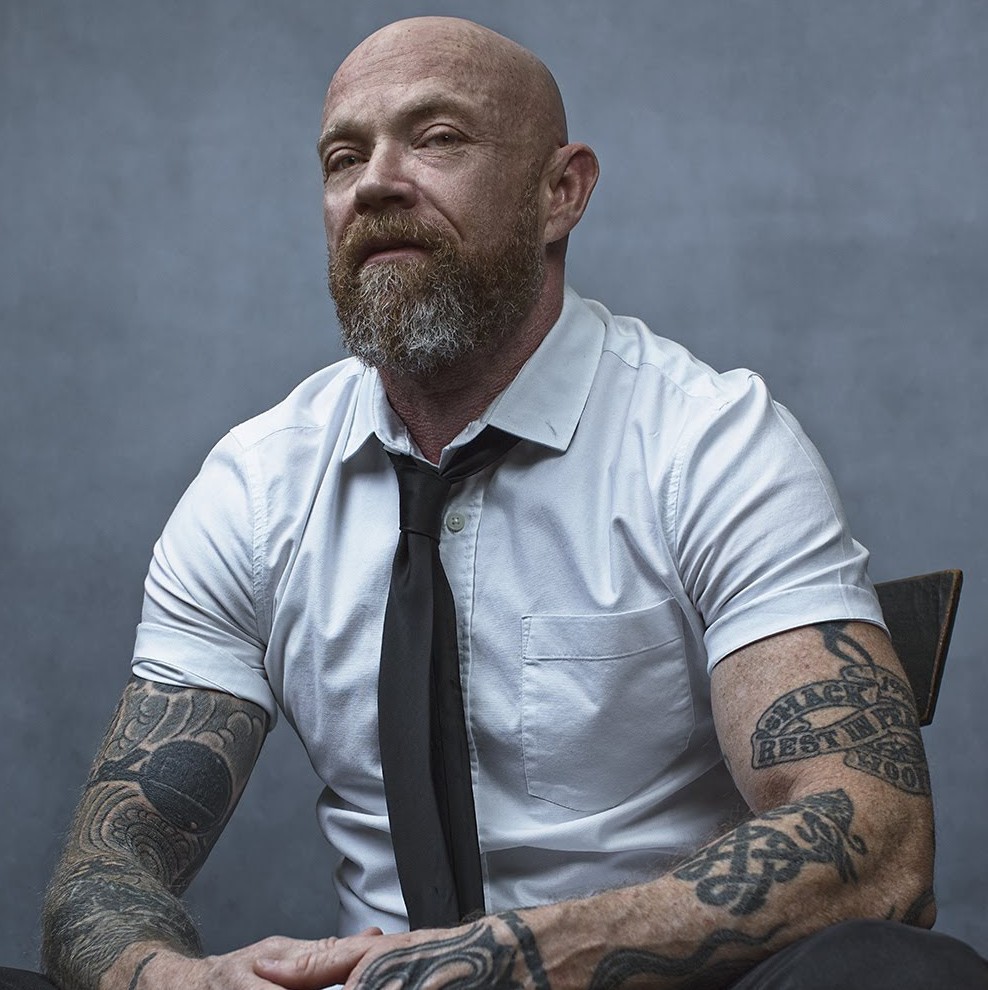 Buck Angel's message of empowerment through self-acceptance and the mission to encourage everyone to be comfortable in their own skin - whatever that means to them - has struck a passionate chord with people around the world.

Buck was born female on June 5,1962. He never felt female and struggled through life until he had the life-changing opportunity to transition from female to male and finally live life authentically. He had many obstacles during his transition mostly due to no information for transitioning for FTM transsexuals. But with the help of compassionate doctors, he lives his truth and now can help to educate the world with his story. His mission is to inspire people to re-define gender and to foster a new generation as they discover the fluidity of sexuality and navigate gender politics. His message "It's not what between your legs that defines you" has sparked many a conversation and opened minds to the important message that gender is what you say it is for you, and that self-acceptance is not only what makes a person happy, it's how others come to understand you. Buck has made appearances on HBO, National Geographic, Netflix, The Tyra Banks Show, Dan Savage, AOL, Spike TV, The Women's Entertainment Network, Howard Stern Show, Much Music, Sirius Radio, and many others. He's been written about in Forbes ,Esquire, Cosmo, VICE, Huffington Post, ELLE, Buzz Feed, The Village Voice, Rolling Stone, Time Out, Maxim, New York Times, and other publications around the world.

In August 2016 Buck produced the world’s first pleasure product specifically for the transgender male community. His product, called The Buck Off, was produced in collaboration with Perfect Fit Brand as a means to re-imagine a transmale sexuality and the specific needs his community looks for. The Buck off won most innovative pleasure product at AVN and XBIZ 2017. In 2017 Buck created T-Lube with Sliquid and is the first lubrication to be directly targeted to trans male vaginal health. Once again creating conversation about trans healthcare where there was none. 2016 HBO's The Trans List Buck is one of the featured speakers.

In 2013 Mr. Angel a documentary about Buck's life premiered at the SXSW film festival to rave reviews. Buck partnered with longtime trans activist and photographer Leon Mostovoy to create Pride Wellness [pridewellness.net]. A cannabis company that has made it focuses the LGBTQ community. To educate about the use of cannabis as an alternative to pharmaceutical drugs. Both Leon and Buck have many years of sobriety from drugs and alcohol. They believe in natural medicine and the amazing benefits that cannabis has to long-term health. Conversations with Trans men: Talking identity/transition/Sex is now on Amazon Prime.

Buck Angel Entertainment has been on the cutting edge of producing trans male sexual wellness products and films since 2002. Known for taking the subject matter of transgender sexuality and bringing it to the world. Award-winning films that have shown all over the world and now are used in many Universities to help educate about trans male sexuality.

Book An Experience With Buck Angel