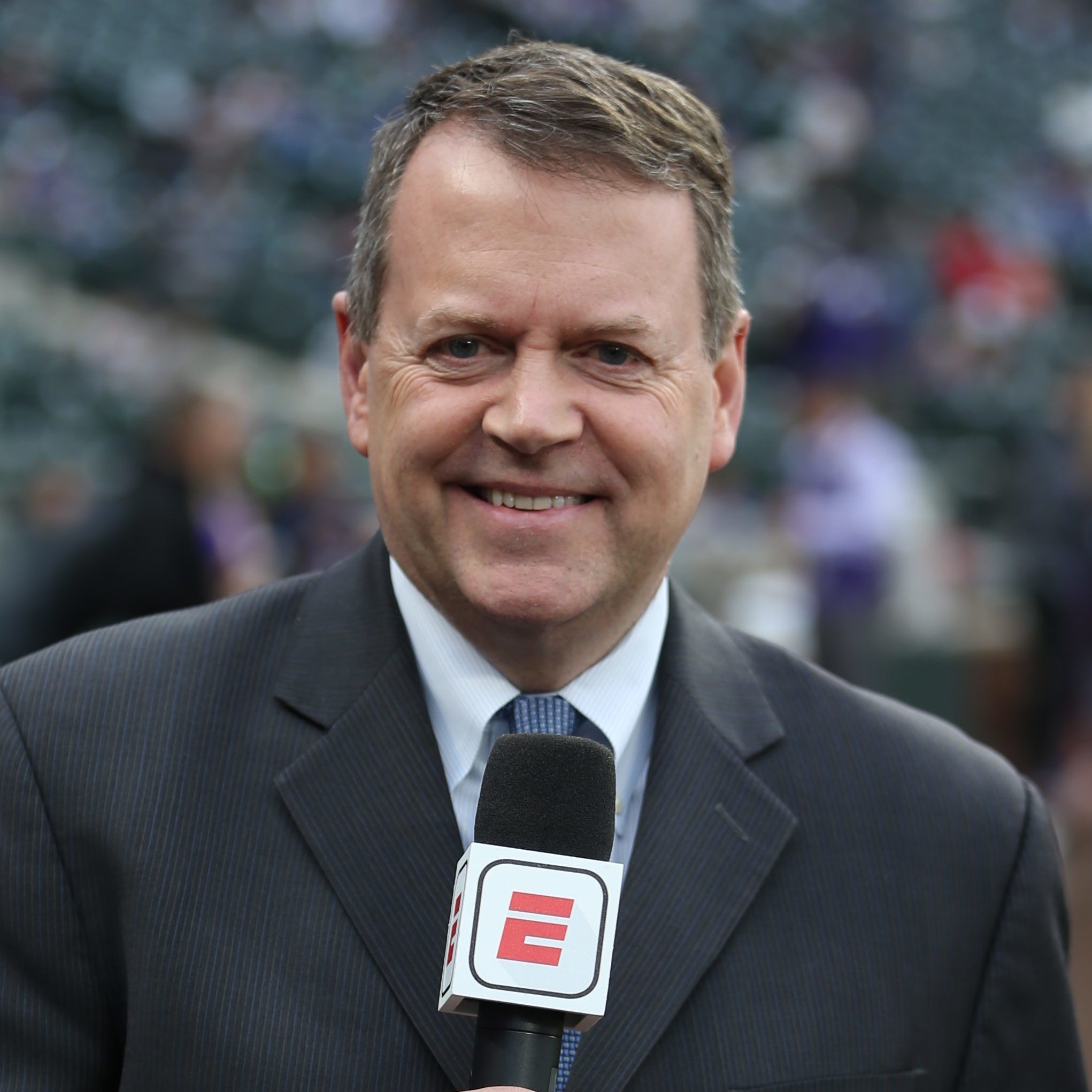 Robert “Buster” Olney is a senior writer for ESPN.com and reporter for ESPN’s exclusive Sunday Night Baseball telecasts. He joined ESPN in June 2003 to cover baseball for all ESPN entities, including ESPN Radio, ESPNEWS and SportsCenter. He writes a daily column for ESPN.com and hosts the popular Baseball Tonight podcast as well as appearing on ESPN’s baseball studio show by the same name.

Olney realized he wanted to build a career around sports writing when Red Smith, a Pulitzer Prize winning sports columnist for the New York Times, came and spoke at his high school. “When I was 15, I had just started to figure out that I wasn’t going to be able to play power forward for the Lakers at 5-foot-7 3/8, nor was I going to be the second baseman for the Dodgers,” Olney said. “As Red told stories, it was apparent how much he loved his job—and immediately, I was inspired, because I loved sports, loved to write and possessed a curiosity about people. Within a couple of weeks, I started writing for my high school paper, and knew what I wanted to do.”

Olney has also authored the Times’ bestseller, The Last Night of the Yankee Dynasty: The Game, the Team, and the Cost of Greatness (HarperCollins 2004), a book about the Paul O’Neill/Tino Martinez Yankees’ dynasty of 1996 – 2001. Olney also ranked in the Associated Press Game Story Top 10 from 1996 – 1998.  A native of Randolph Center, VT, Olney graduated from Vanderbilt University in 1988 with a degree in history.

Book An Experience With Buster Olney

Book Buster to MC your event or moderate your panel discussion!