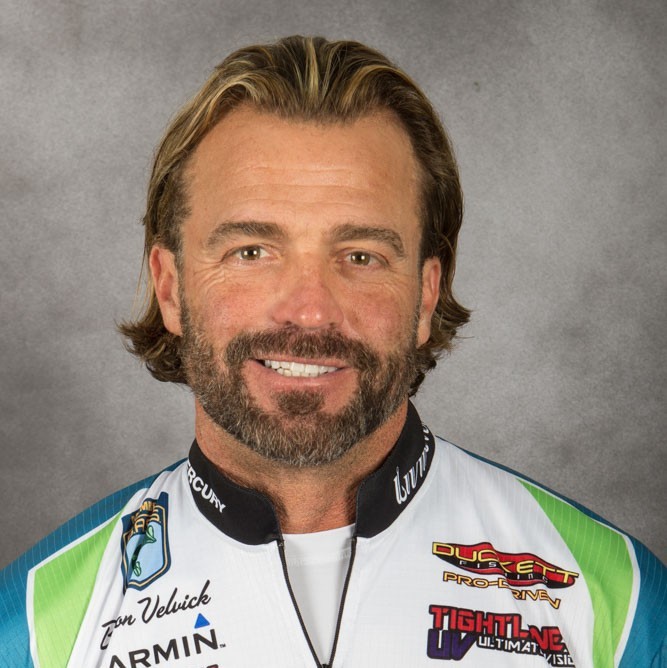 Byron Velvick is a two-time WON Bass U.S. Open champion fisherman who previously held the BASS record for a three day limit. Velvick spent two years as a commentator for the ESPN2 show BassCenter from 2005 to 2006. He has also been an on-the-water reporter and contributing analyst for ESPN's fishing coverage. Byron was selected as a candidate for Season 6 of The Bachelor, and continued on for the rest of the season. He later chose Mary Delgado and they got engaged. Afterwards, Delgado joined Velvick's tour and learned the sport. She is now a competing angler in her own right. Velvick and Delgado ended their relationship in December 2009.

Book An Experience With Byron Velvick

Book me to learn the tricks of the trade and catch more fish than ever before.