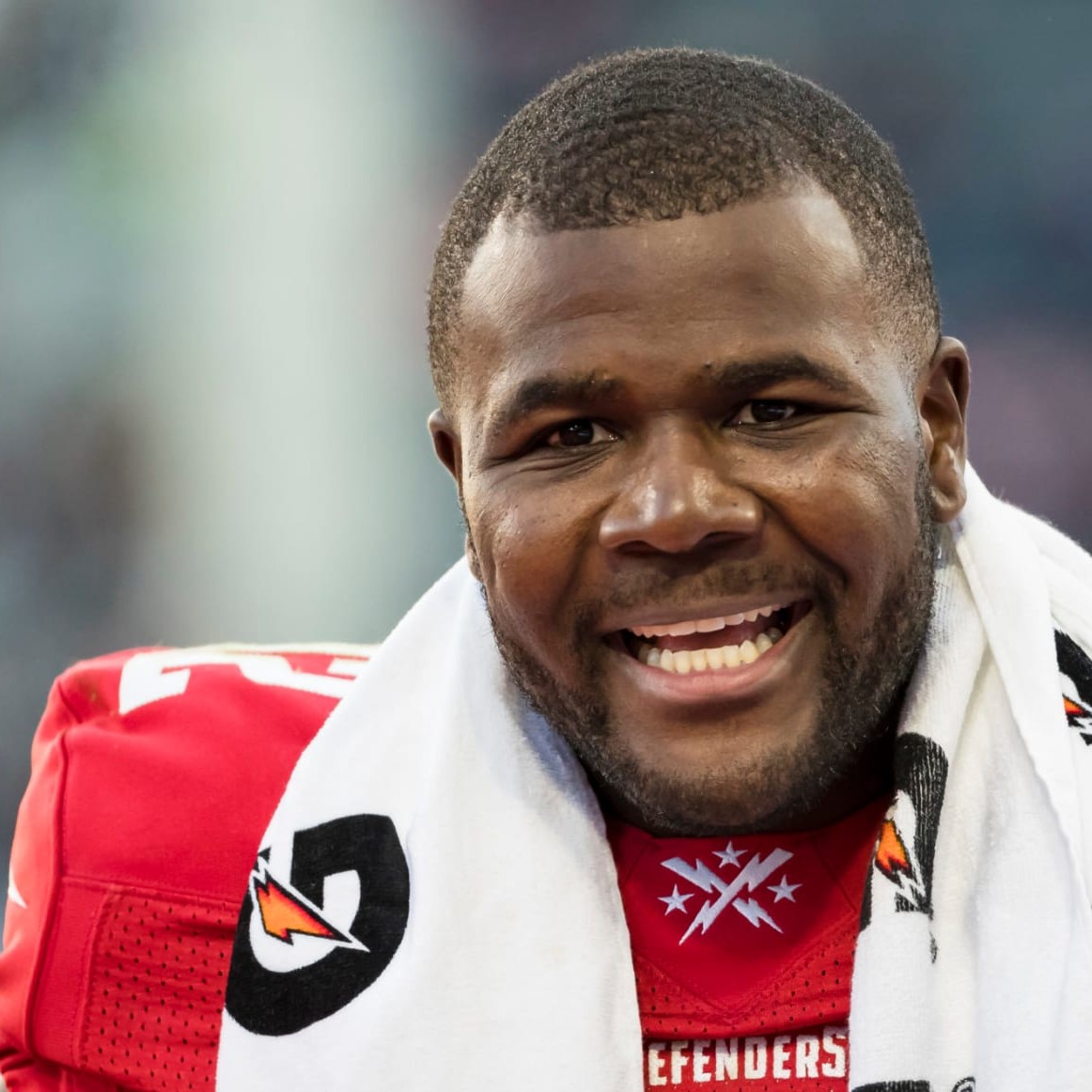 From 3rd string quarterback to the National Championship stage and the NFL, Cardale Jones’ career at The Ohio State University is one of the all-time great stories in college football. After exploding on the scene late in the 2014 college football season, Cardale led the Buckeyes on a run like none other. Beating the 13th ranked Wisconsin Badgers 59-0 in his first start in the BIG 10 Championship and earning MVP honors, Cardale led the Buckeyes to the first ever college football playoff against top-ranked Alabama. He shocked the world with a 42-35 win over the Crimson Tide and defeated Oregon 42-20 to claim the National Championship. His stunning collegiate success earned Cardale an opportunity at football’s highest level. A 4th round draft pick with the Buffalo Bills, Cardale spent 2 seasons with the LA Chargers and a half season in the XFL with the DC Defenders before the pandemic forced the league to shut down. Not content to let COVID put him on the sidelines, Cardale teamed-up with the “Buckeye Cruise For Cancer” and the James Hospital to create “The Cardale Jones Fund for Adolescent and Young Adults (AYA) Cancer Research”. Cardale’ softball game for AYA raises over $100,000 annually. As Senate Bill 187 (NIL) was presented to Ohio lawmakers, Cardale was the most publicly vocal advocate for its passage. Allowing student athletes to capitalize on NIL was something Cardale couldn’t do when he was in college but knew it was an important opportunity for athletes who came after him. In 2022, Cardale was named General Manager of The Foundatioin, the country's first NIL nonprofit benefitting local charities and The Ohio State University Buckeyes. He is also co-founder of Ten Talents NIL, a sports marketing agency offering media consulting, marketing, and legal services for high level athletes.

Book An Experience With Cardale Jones