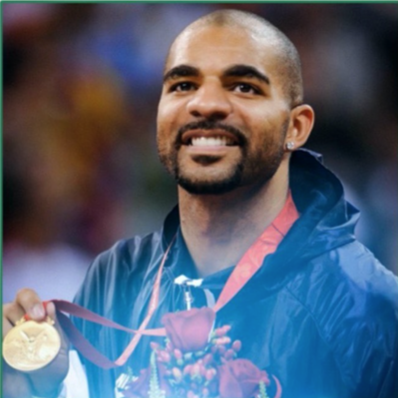 Carlos Boozer is a former NBA power forward who 13 seasons in the NBA with the Cleveland Cavaliers, Utah Jazz, Chicago Bulls and Los Angeles Lakers. Boozer was drafted 35th overall by the Cavaliers in 2002.

Boozer’s best NBA years were with the Jazz from 2004-2010. After averaging 20.9 points and a career-high 11.7 rebounds per game in 2006-07, his hot hand in the playoffs helped the Jazz reach the Western Conference Finals for the first time in nine years.

Over the course of his career, Boozer averaged 16.2 points and 9.5 rebounds per game. He made two NBA All-Star teams (2007, 2008) and was named to the NBA All-Rookie Second Team (2003). A consummate winner, Boozer helped Duke University win a national championship in 2001. In 2008, he won a gold medal with Team USA in the Summer Olympics. Born on a military base in West Germany, Boozer grew up in Alaska, where he led his Juneau-Douglas High School team to back-to-back state titles.

Book An Experience With Carlos Boozer