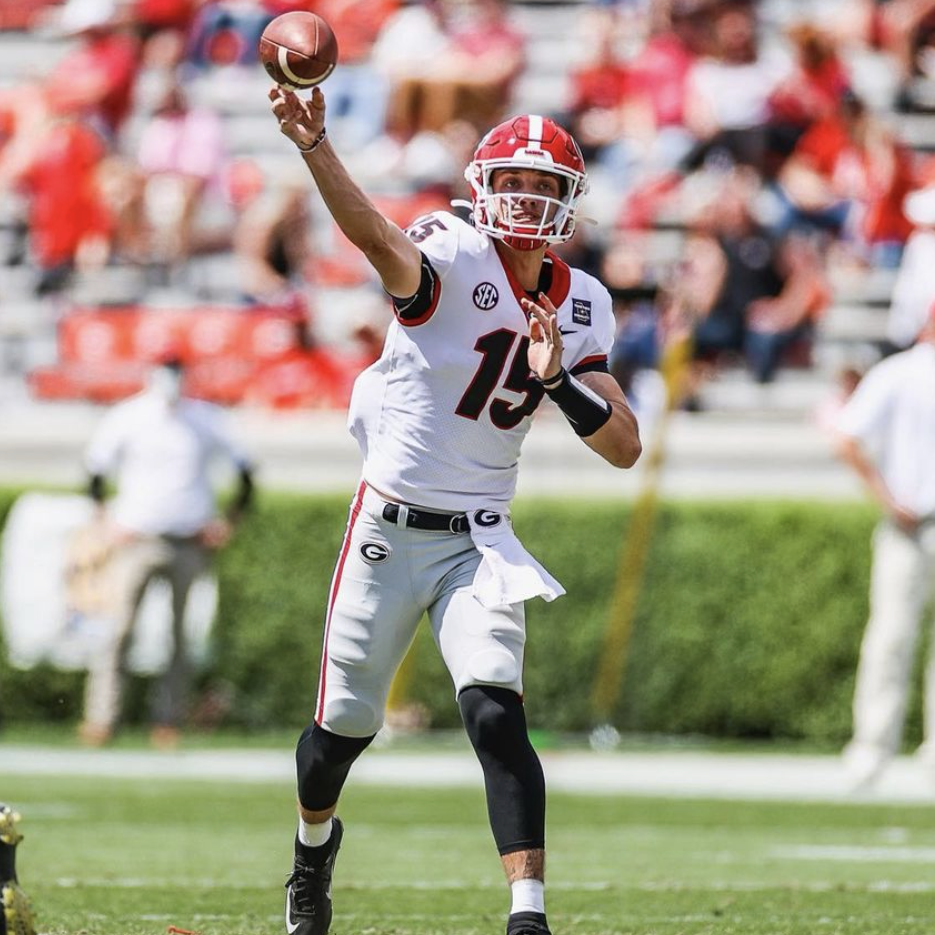 Carson Beck is a redshirt freshman quarterback at the University of Georgia. The Jacksonville native was a 4-star recruit out of Mandarin High School. In 2018 Carson led Mandarin to its first ever state title and he was named Florida’s Mr. Football, recognizing the best QB in the state. In 2019 Carson was invited to the Elite 11 camp for the nation’s top high school QBs. He enrolled early at UGA in January 2020, and made one appearance in the 2020 season.

Book An Experience With Carson Beck