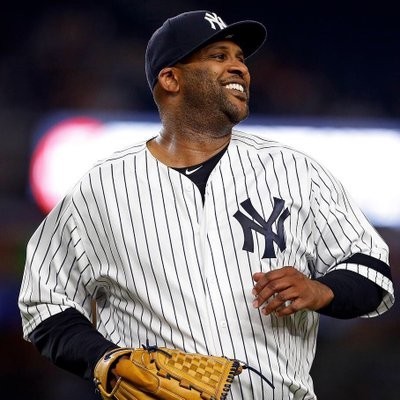 CC Sabathia is an MLB pitcher for the New York Yankees. Over his nearly 2 decade long career, Sabathia has pitched for the Cleveland Indians, Milwaukee Brewers, and New York Yankees winning the AL Cy Young Award in 2007. He is a 6x All-Star and is a member of the 3,000 strike out club. In 2009, in his first season in New York, he won his only World Series title. CC also founded The PitCCh Foundation which showcases three signature programs that provide young people with the tools to be successful in school and on the field: All Star Baseball Clinic, Youth Backpack Program and Field Renovations. CC and his wife, Amber, were motivated by not only the idea of giving back, but by developing a long term platform with the foundation to provide young people with the belief in their abilities and to make their dreams become a reality. He is also the host of R2C2 podcast with Ryan Ruocco on Uninterrupted's network.

Book An Experience With CC Sabathia