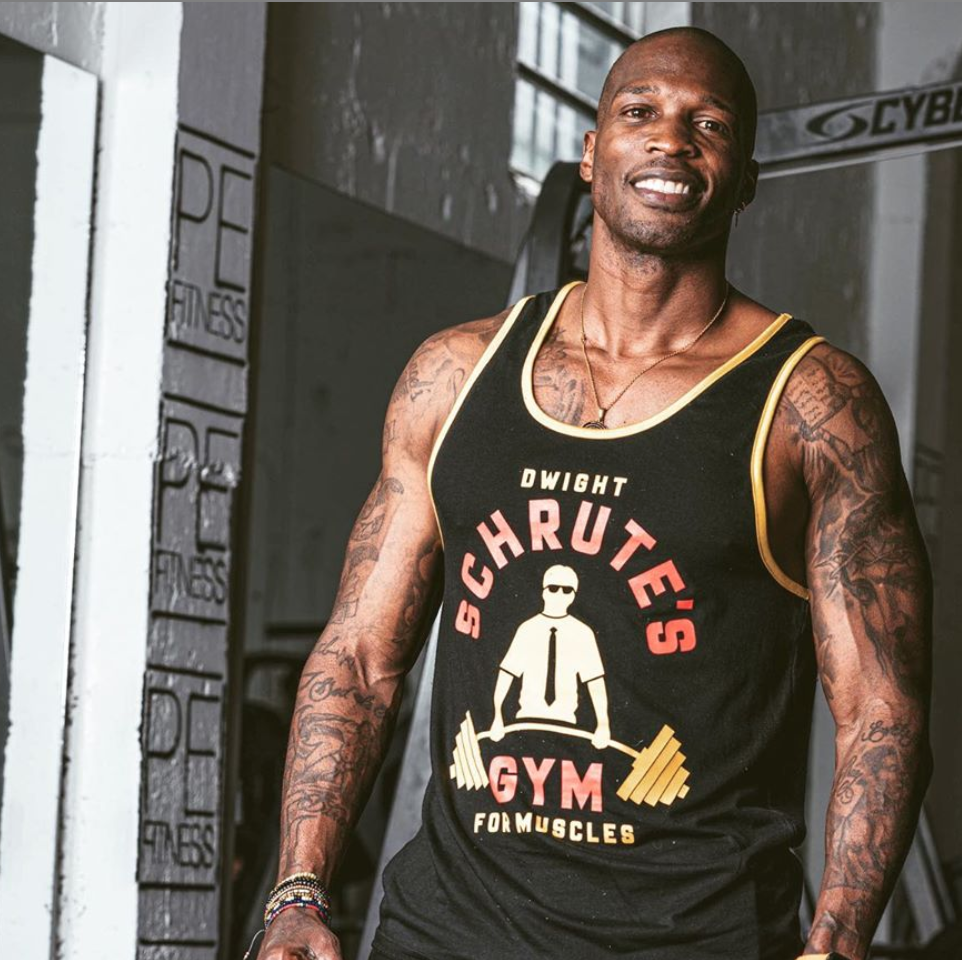 Chad Johnson is a former National Football League wide receiver. The Miami native and Oregon State product was selected in the 2nd round of the 2001 NFL Draft by the Cincinnati Bengals and played 10 seasons there before his last one in 2011 with the New England Patriots. Johnson’s illustrious NFL career featured 6 Pro Bowls and 2x First-team All Pro honors. Johnson briefly yet famously changed his name to Chad Ochocinco in honor of Hispanic heritage month in 2006. In 2011, CNBC listed Johnson as #1 on their list of “Most Influential Athletes on Social Media,” and after retiring from the NFL, Johnson’s charisma and unique ability to engage the public has kept him in the spotlight. Johnson is a brand ambassador for EA and streams himself gaming on Twitch. He’s a renowned FIFA player, and a massive soccer fan in general. In fact, in 2019 Johnson had a semi-professional stint on the soccer field, and that’s not the only new sport he’s tried recently. In 2021 Johnson ventured into the boxing ring, making his debut in a four-round exhibition match. Since the final years of his NFL career, Johnson has also dabbled in acting and television, including a 2010 appearance on Dancing with the Stars. Johnson even has his own app, “Mad Chad,” an iPhone game designed for children.

An exceptional athlete, Johnson has remained an exciting, entertaining and popular figure in his life after football.

Book An Experience With Chad Johnson

Book me to appear at your upcoming event or speak to your team, c...

The first thing about Chad is that he's pretty honest. He goes into detail about his journey through football, as well as the path he took to where he wanted to go. It certainly wasn't conventional, but it was the way he took, and thanks to some luck, supportive people, and the drive to get to where he wanted to be, he made it, and has thrived in the NFL. He's honest about his issues with the Bengals (past and present), and when it comes to him, he truly wants to win. A theme that may be underrated is that people should have fun, and do what they enjoy doing. He's a football player, but not only that, he loves life, he works hard at his craft, and loves to have fun while doing his job. You'll see that as a continuous theme; people should love what they do every day, and have a blast while doing it. The dude just loves life and lives it to the fullest. He doesn't come across as a fraud, or self-serving, which is not easy to do when you're telling your own story. I will say that he's authentic, in the sense that you feel like you're having a conversation with him, and it can sometimes jump from topic-to-topic with no warning, but if you don't let it deter you, then it's all good. But as it is with the dude, there's nothing conventional about him, except that he loves to live and have fun.

Chad Johnson goes all the way through from kid to professional NFL football player to show the inside details of the ups and downs of getting there. He explains the relationships he had with the people who helped him get there. Yeah, this is Chad Johnson so its got his flare. But keep in mind, in his own words, "I don't drink, I don't smoke, I don't do drugs". He's also very honest. It shows too that he was motivated in some of the right ways and he did get to the big stage. And it shows where maybe he could have been even better but for personal flaws (which we all have) that he is open to share about.