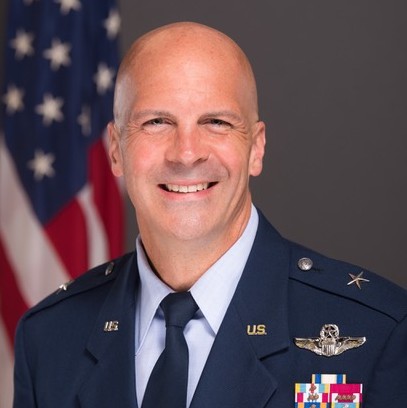 Chad Manske is a former U.S. Air Force Brigadier General, who retired as the Commandant of the National War College in Washington, D.C. Following his distinguished 30-year career as a civilian, he continues to assist the national security community as a Senior Advisor to the CEO of the National Defense University (NDU) Foundation. He also serves as a part time adjunct researcher with RAND Corporation, is the Principal of his own consulting practice, Chad Manske, LLC, focused on Strategy and Logistics expertise and advice, and serves as the Chairman of the Board of Trustees of the Daedalian Foundation—a 501(c)3 nonprofit organization whose mission is to promote military aviation, education, citizenship and charity. He is also the former Senior Vice President for Policy and Projects at Business Executives for National Security.

As the 30th Commandant of the National War College, Chad prepared future leaders of the Armed Forces, Department of State, foreign military officers, and other civilian agencies for command and senior staff responsibilities. He formulated academic policies, supervised curriculum planning, and ensured the War College was preparing the next generation of senior leaders to formulate and implement national security strategy and policy at the highest levels.

Chad commanded at the squadron, group and wing level during his military career. And was deployed in support of ongoing operations in Central and Southwest Asia as an Air Expeditionary Group Commander. He has served as Deputy Director and Director of the U.S. Central Command’s Deployment anad Distribution Operations Center and as an Air Expeditionary Wing Commander for Operations Odyssey Dawn and Unified Protector. Before his appointment as Commandant, he served as Deputy Commander of Canadian North American Aerospace Defense Region and Deputy Combined/Joint Force Air Component Commander for 1 Canadian Air Division.

General Manske spent the majority of his Air Force career as an aerial refueling and cargo transport pilot, flying the KC-135, KC-10, C-17 and C-5 aircraft in worldwide service during peacetime and combat. He has unique experience in leadership, crisis management and is an engaging speaker on numerous topics. As a voracious reader and published author on numerous topics, primarily focused around national security and international relations, his grasp of current events and business experience coupled with his military background serve to connect with numerous audiences at all levels.

General Manske earned several military awards and decorations, including the Air Force Distinguished Service Medal, Defense Superior Service Medal and the Legion of Merit. He is a member of the Council on Foreign Relations and served as a National Defense Fellow at Harvard University. General Manske also serves on the board of the Cold War Museum and the Airlift/Tanker Association. His interests include reading, writing and competitive obstacle course racing. He resides in Virginia with his wife Stacey, and they have three adult daughters—Taylor, Madison and Reilly.

Book An Experience With Chad Manske

Are We Ready For the Brave New World?

A December 2019 presentation to the World Affairs Council of Palm Beach at Mar-a-Lago looking at past historic/tectonic milestones approaching a new decade to better understand how they play into the Brave New World and the forthcoming decade.

June 2020 presentation on the crisis management lessons learned from the April 2006 Dover Air Force Base, Delaware crash of a C-5 Galaxy aircraft while General Manske was the acting base commander 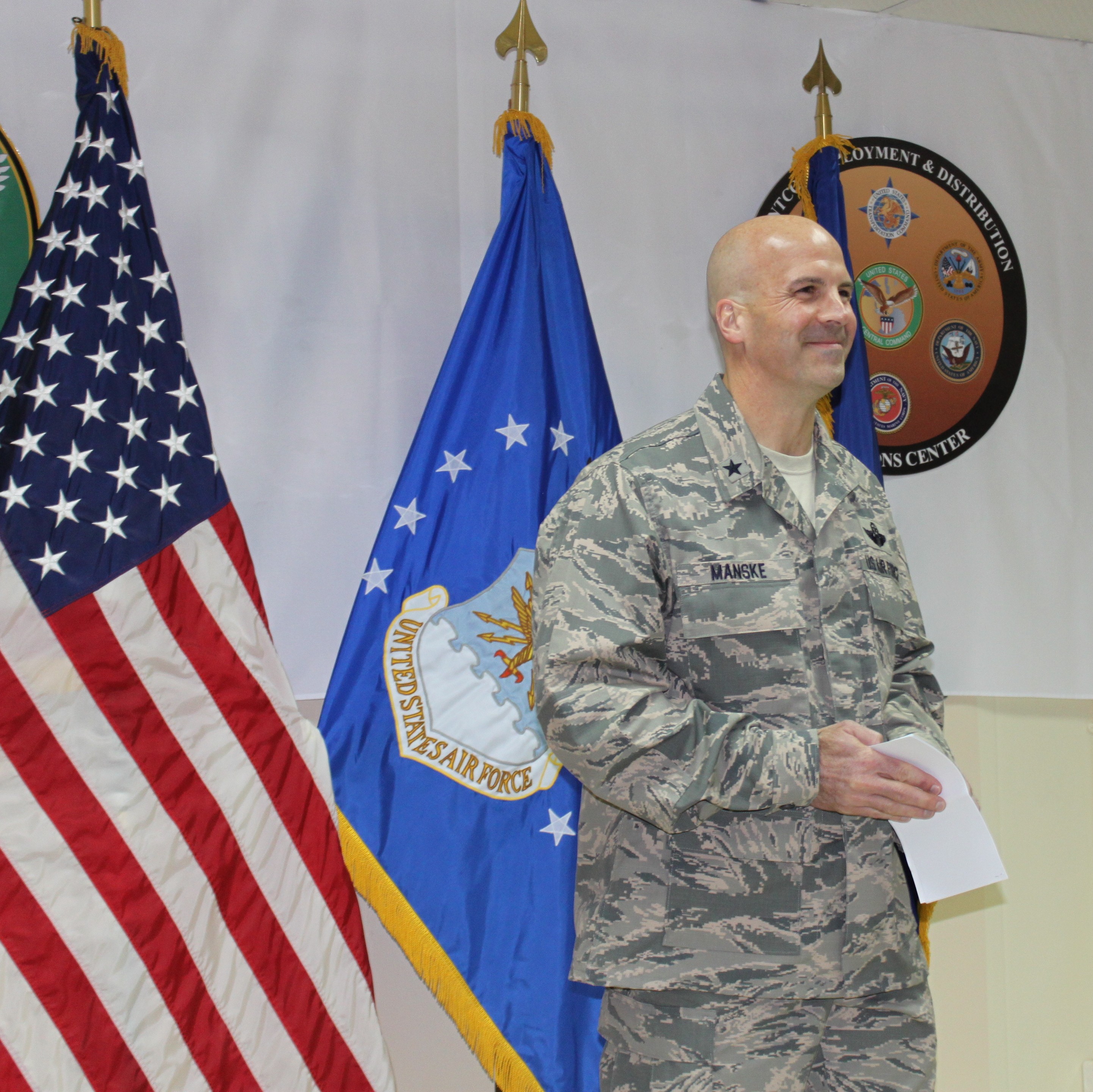 How to Derail Your Career & Alienate Those Around

May 2015 Presentation I gave to a large installation audience of officers while deployed to Camp Arifjan, Kuwait entitled, "How to Derail Your Career and Alienate Those Around You." 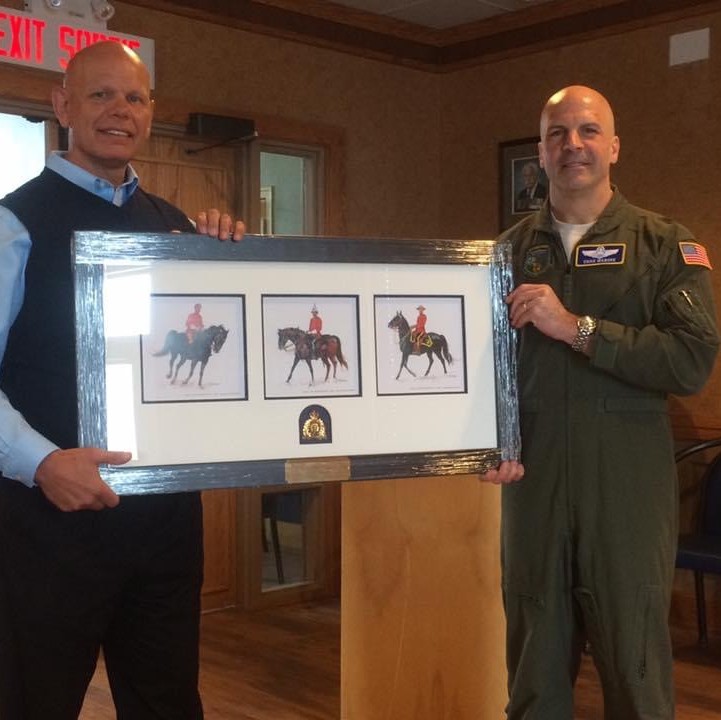 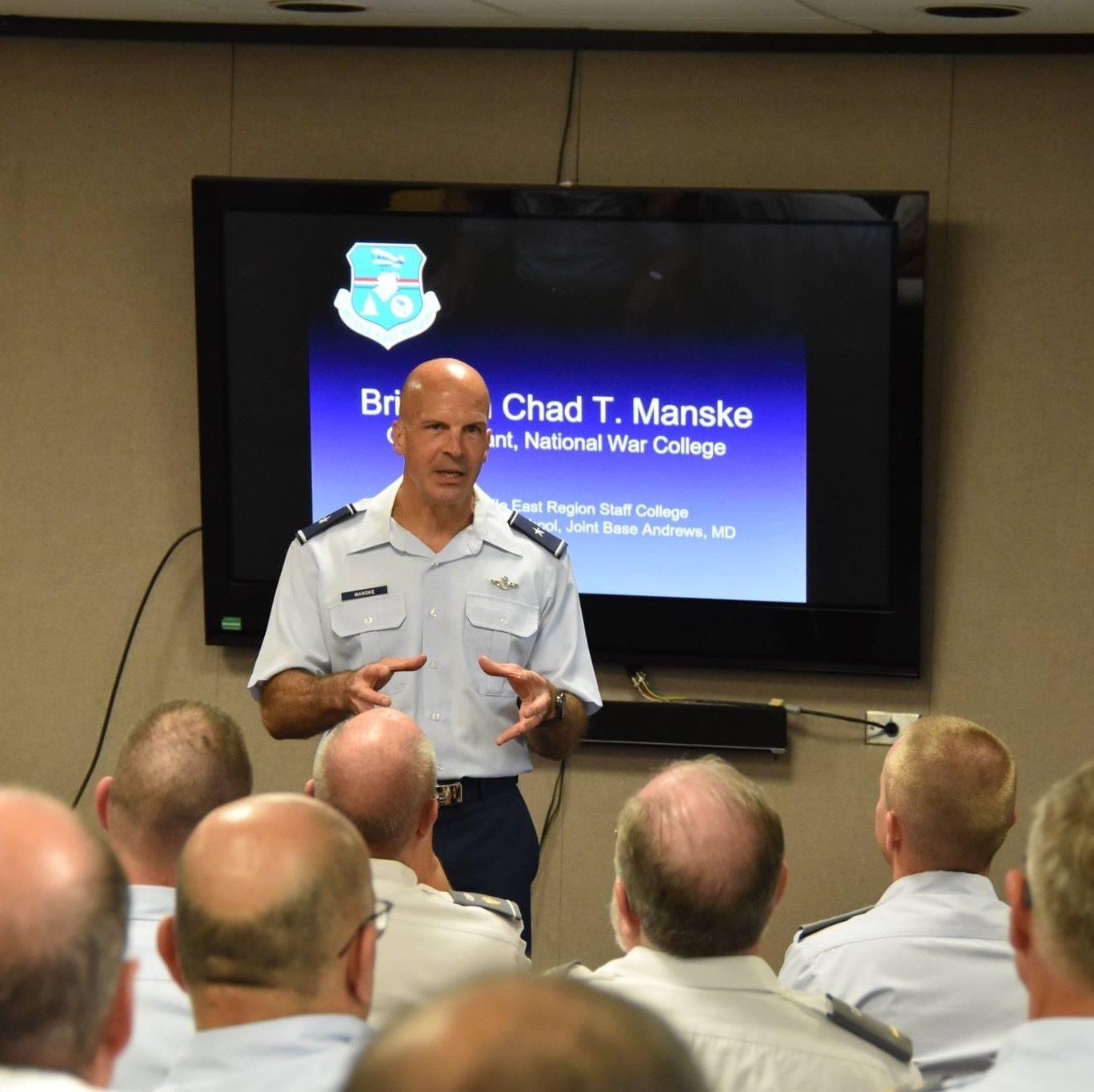 Leadership: Your Role and Responsibility

July 2018 Motivational Leadership Presentation to the Civil Air Patrol 2018 Middle East Region Staff College students on the topic, "Leadership: Your Role and Responsibility as a Leader." 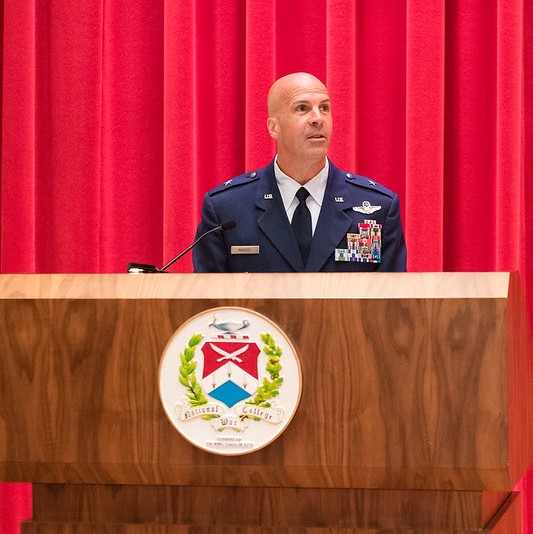 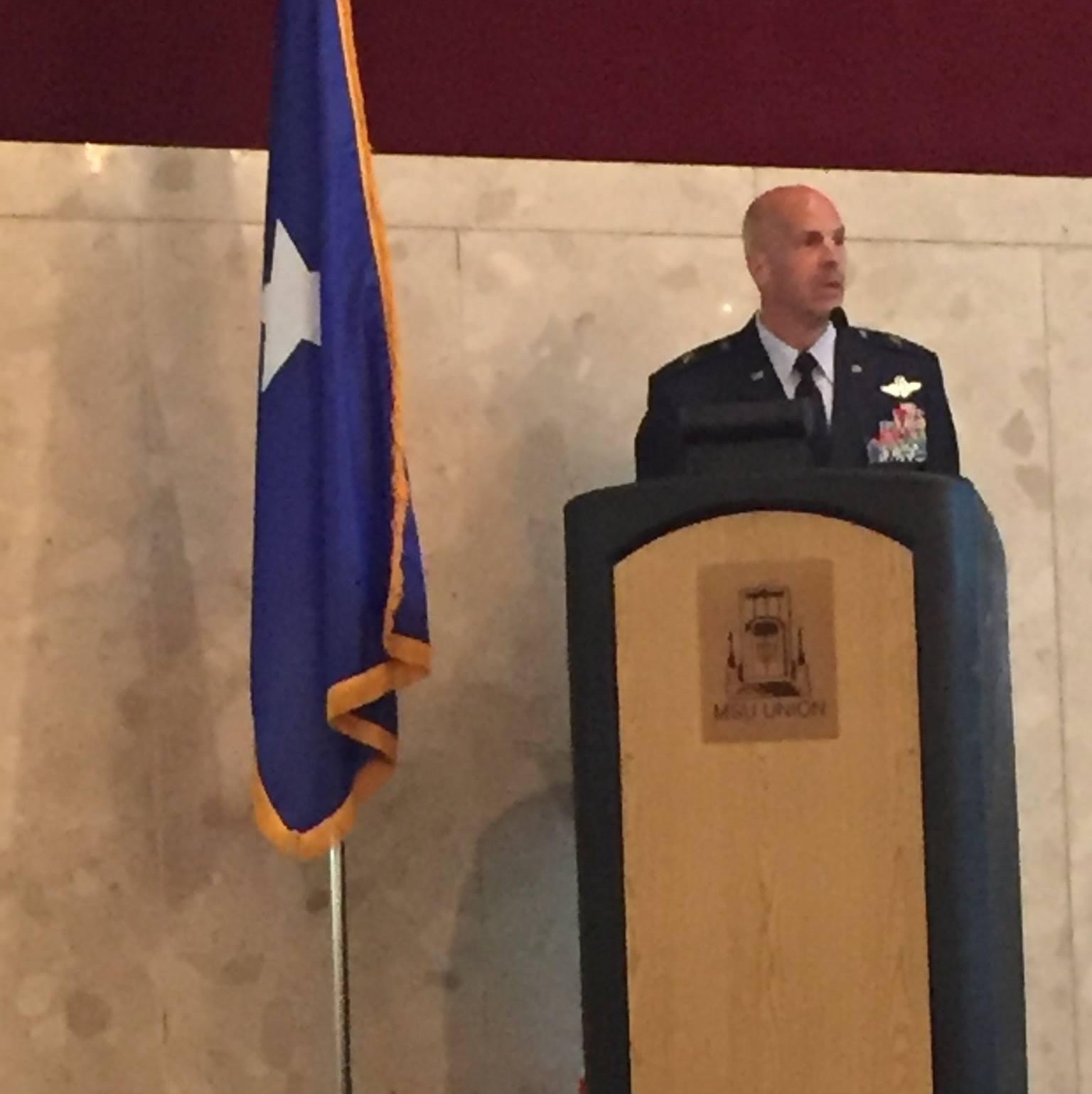 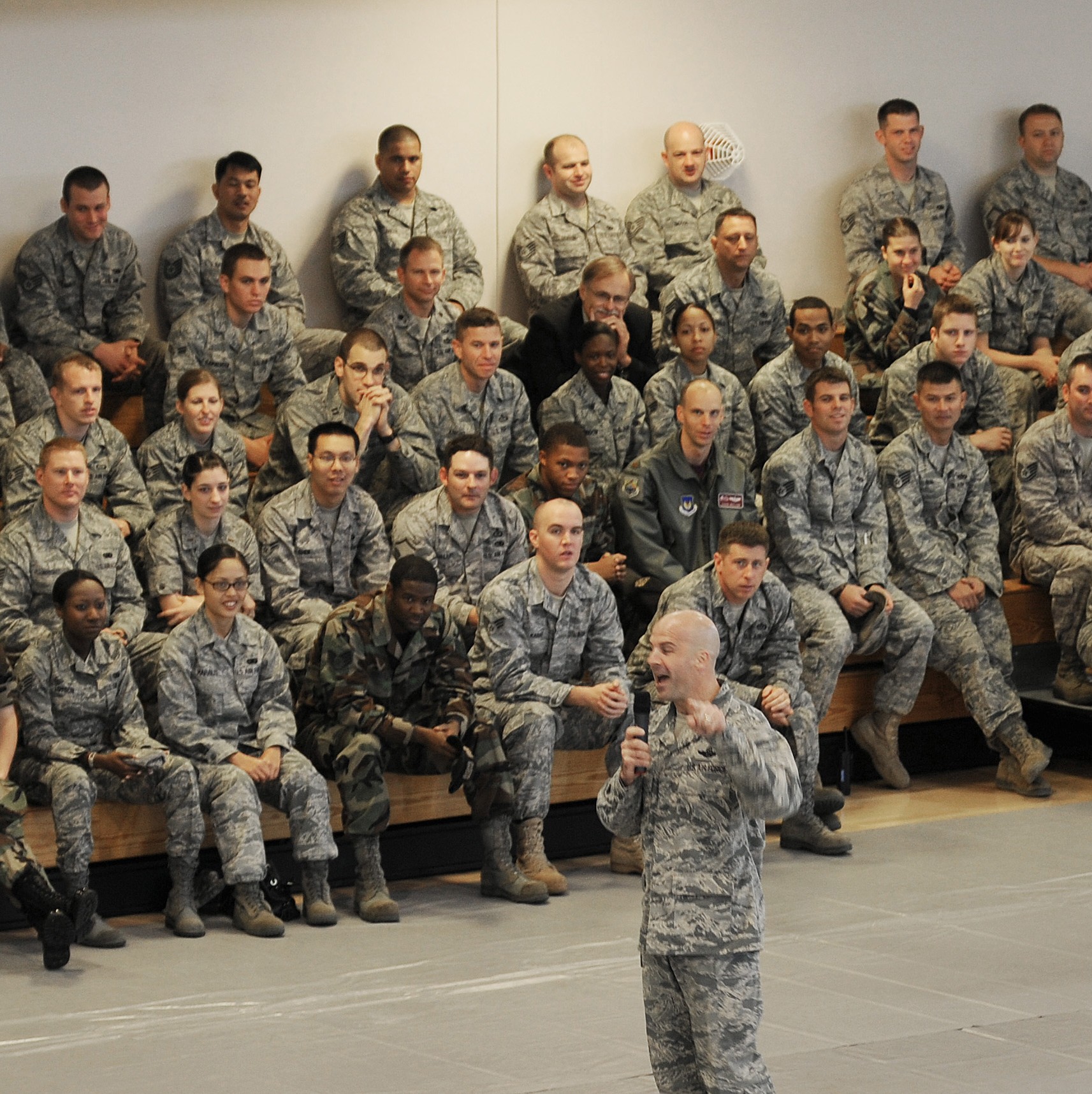 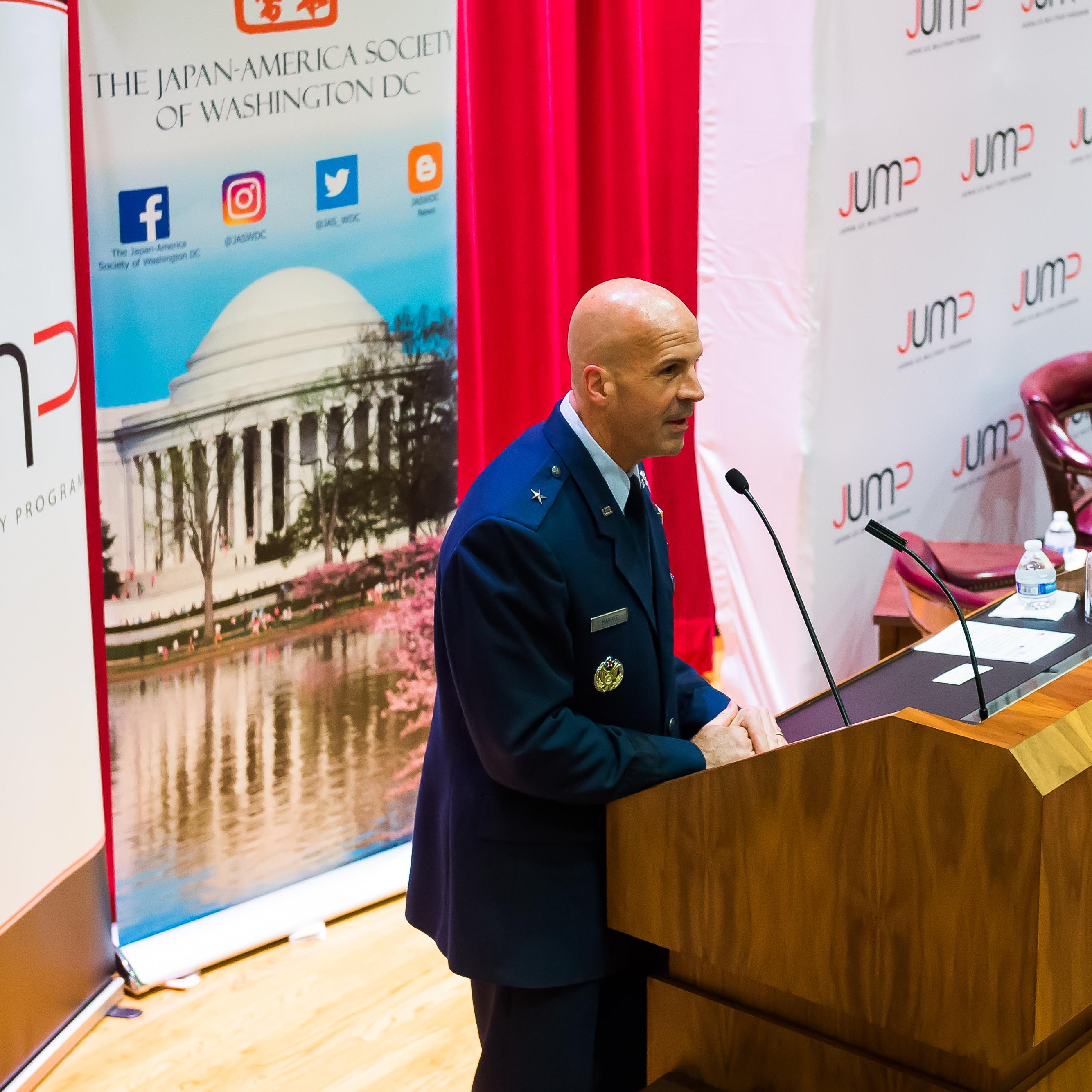 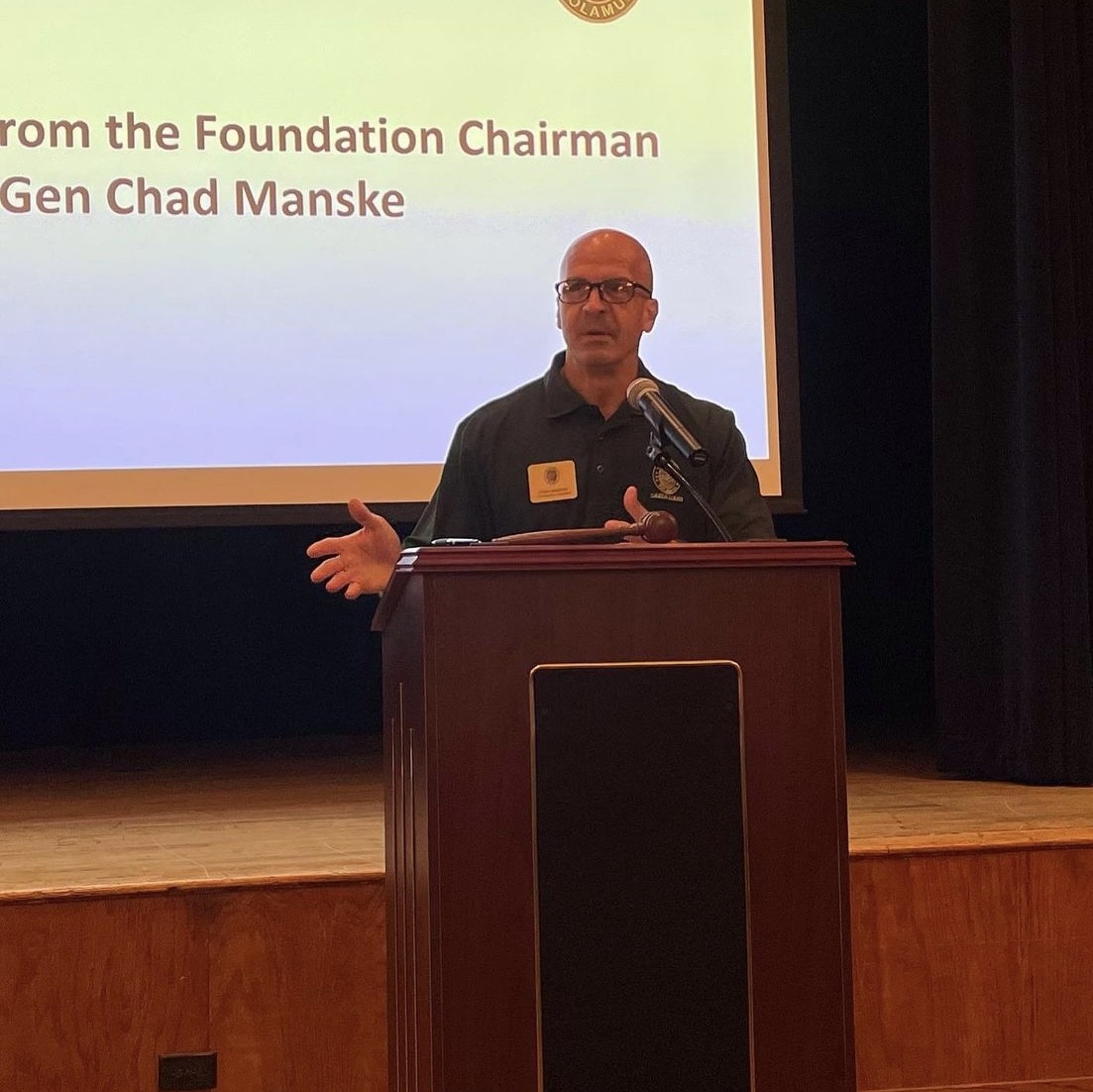 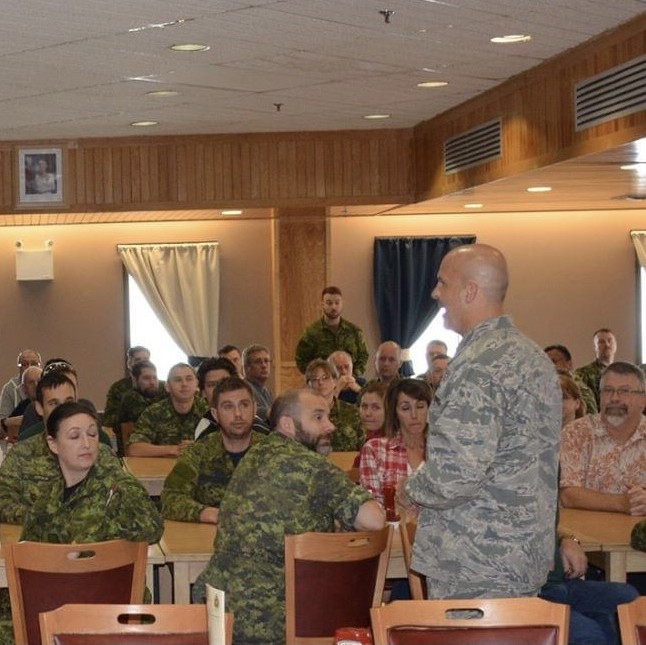 Leadership On Top of the World

Sept 2016 Leadership remarks to the men and women deployed to Canadian Forces Base Alert—the northernmost habited place on Earth! 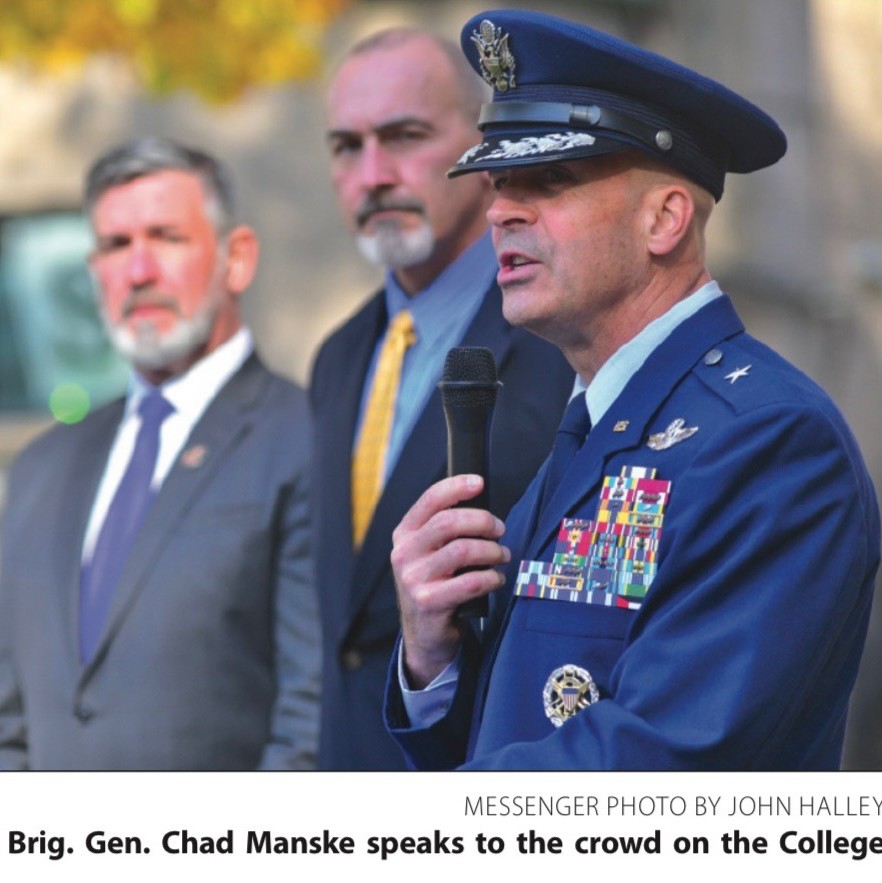