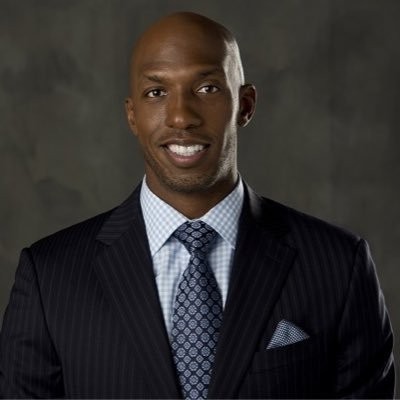 Former NBA player Chauncey Billups joined ESPN in 2014 as a regular contributor to the network’s NBA coverage on SportsCenter and studio shows. In 2015, he was named a studio analyst for the Wednesday edition of NBA Countdown—ESPN’s pre-game show.

During his NBA career, the five-time NBA All-Star was selected to the USA Senior National Team that recorded 10-0 record and won the gold medal at the FIBA Americas Championship in 2007. While playing for the Pistons, he was named NBA Finals Most Valuable Player in 2004, averaging 21 points against the Los Angeles Lakers.

He was the third overall pick in the 1997 NBA Draft and was selected by the Boston Celtics after playing two seasons at the University of Colorado. Billups has played for the Pistons, Nuggets, Timberwolves, Clippers, Knicks, Celtics, and Raptors.

Book An Experience With Chauncey Billups

Submit an inquiry if you are interested in partnering with Chaunc...