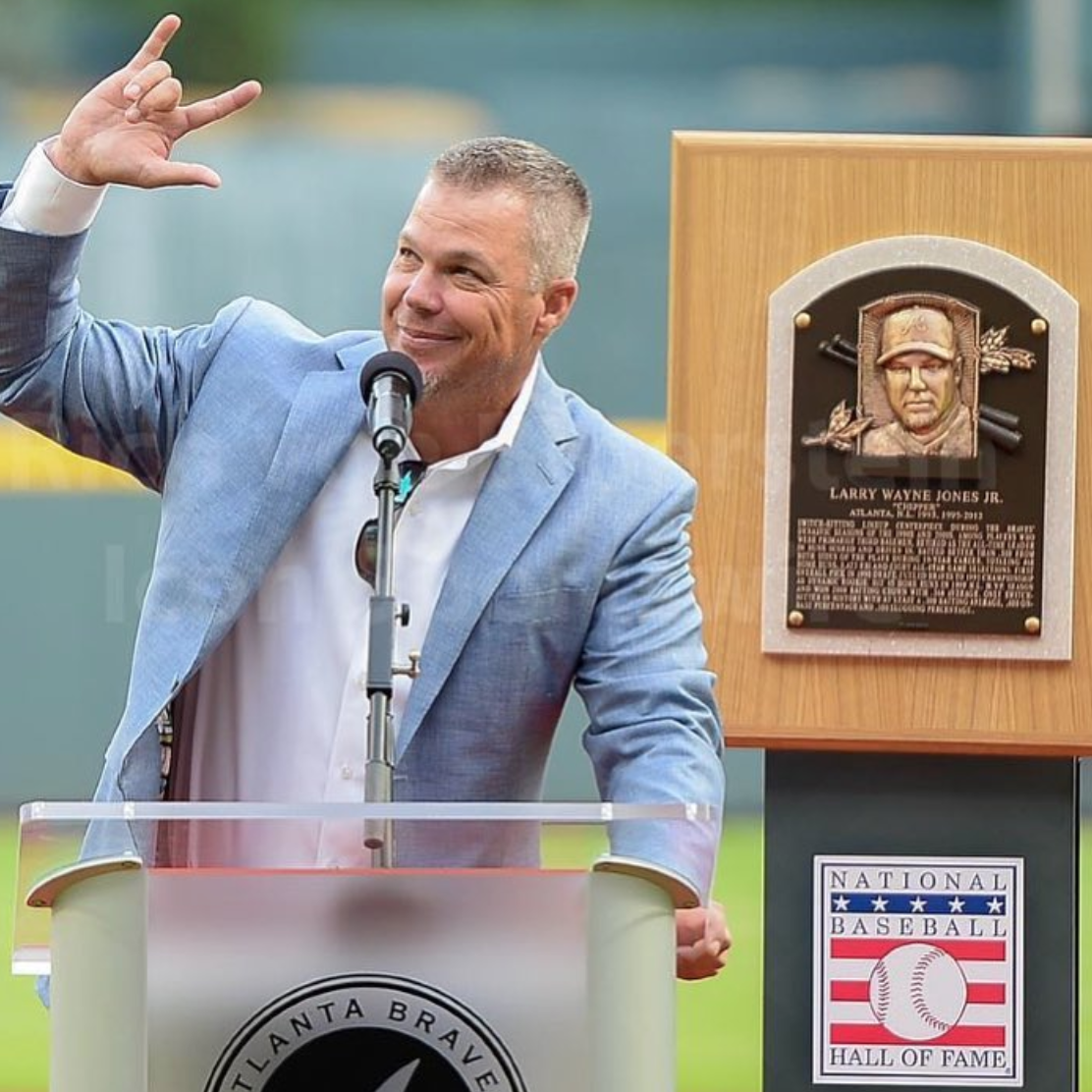 Chipper Jones is a former MLB third baseman for the Atlanta Braves and is currently an ESPN baseball broadcaster. Jones was the Atlanta Braves' number one overall pick in the 1990 MLB draft and their primary third baseman from 1995 to 2012 (with the exception of 2002–2003 when he primarily played left field). He was also a member of their 1995 World Series championship that beat the Cleveland Indians. An eight-time All-Star, Jones won the 1999 National League (NL) Most Valuable Player Award and the 1999 and 2000 NL Silver Slugger Award for third basemen.

He was the MLB batting champion in 2008 after hitting .364. Jones ended his career in 2012 with a .303 career batting average, 468 home runs, and 1,623 RBI. He has the most career RBI for a third baseman and holds the Braves team record for career on-base percentage (.402); Jones ranks third on the Braves career home run list. He spent his entire 19-year MLB career and all 23 years as a professional baseball player in the Atlanta organization.

Among switch hitters, Jones ranks second behind Eddie Murray for career RBI, and he is the only switch hitter in MLB history with a career batting average of at least .300 and 400 or more home runs. He was the 18th player in MLB history to accumulate 5,000 at bats and finish with at least a .300 batting average, .400 on-base percentage, and .500 slugging percentage—and the only switch hitter to reach all of these milestones. On June 28, 2013, the Braves retired Jones' number 10 and inducted him into the team's Hall of Fame.

On July 29, 2018, he was inducted into the National Baseball Hall of Fame in his first year of eligibility. On March 1, 2020, Jones was hired by ESPN to be a color analyst, starting with 20 Wednesday Night Baseball broadcasts. Jones also wrote his autobiograph, Ballplayer, which tells the story of his rise to the MLB ranks and what it took to stay with one organization his entire career in an era of booming free agency.

Book An Experience With Chipper Jones