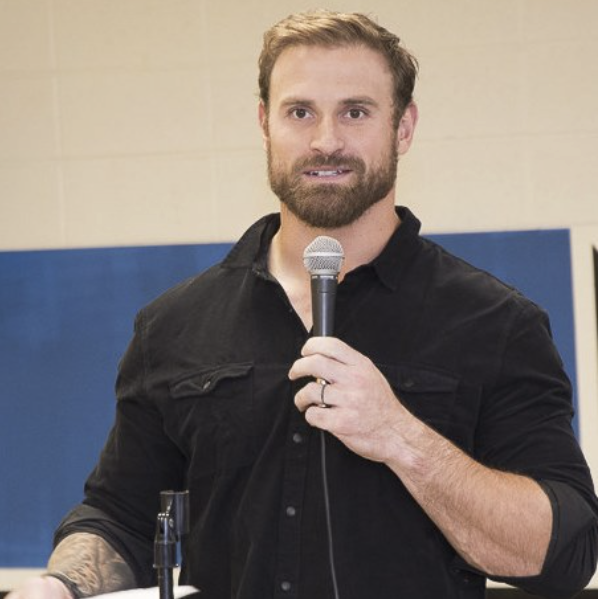 Chris Long is a former NFL defensive end. Chris moved from California to Charlottesville, VA when he was a kid and was recruited out of St. Anne’s-Belfield School by the University of Virginia. Chris captained the Cavaliers as a junior in 2006 and earned Second-team All-ACC recognition. Chris was then superb in his senior year, earning First-team All-ACC and unanimous All-American honors, as well as the Ted Hendricks award (given to the best defensive end in college football). Chris is the first and only active football player to have his jersey retired at UVA. After his stock soared as a senior, he was selected 2nd overall by the St. Louis Rams in the 2008 NFL Draft.

Chris spent 8 seasons with the Rams then signed with the New England Patriots in 2016 and won his first Super Bowl. He made it back-to-back titles the next year with the Eagles, and after one more season in Philly he retired. During his career Chris started his own foundation (the Chris Long Foundation), pledged to donate his entire 2017 salary to charity and following his final season in the league, Chris was named the Walter Payton NFL Man of the Year in 2019 for his outstanding community service.

In life after football, Chris started his own media company called Chalk Media, and at the heart of it is his very popular podcast “Green Light.” The growth of “Green Light” was highlighted by its recent partnership with sports podcast company Blue Wire.

Chris is the son of Hall of Fame defensive end, actor and NFL analyst Howie Long, and the brother of NFL offensive lineman Kyle Long.

Book An Experience With Chris Long

Book Chris for a moderated Q&A session! Ask any of those question...