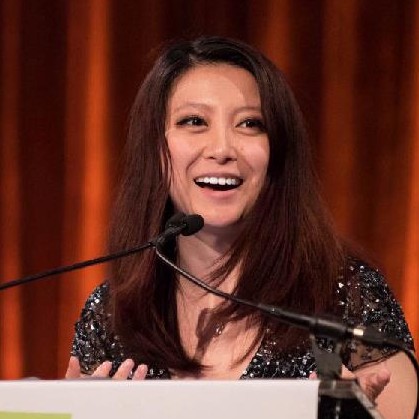 Christina Qi is the CEO of Databento, an on-demand market data platform. She formerly founded Domeyard LP, a hedge fund focused on high-frequency trading (HFT) that traded up to $7.1 billion USD per day. Failing to earn a job offer after a Wall Street internship, Christina started Domeyard from her dorm room with $1000 in savings, about 9 years ago. Her fund was a tiny minnow amongst the tigers of the hedge fund world, but after Michael Lewis’s Flash Boys came out in 2014 and HFT firms hid from the spotlight, Domeyard accidentally found itself in the center of the ring. Over the next decade, her company’s story was featured on the front page of Forbes and Nikkei, and quoted in the Wall Street Journal, Bloomberg, CNN, NBC, and the Financial Times as a result of the controversy and fascination with HFT. By a series of accidents, Christina became a voice in her industry, contributing to the World Economic Forum’s research on AI in finance, guest lecturing at dozens of universities, and teaching Domeyard’s case study at Harvard Business School. She is grateful to be able to open up about her mistakes and to help people turn failures into opportunities.

No amount of therapy has quashed Christina’s impostor syndrome, but she will always be proud of her non-profit volunteer work. Christina was elected as a Member of the MIT Corporation, MIT’s Board of Trustees. She is Co-Chair of the Board of Invest in Girls, bringing financial literacy education to underserved populations across the US. Christina also sits on the Board of Directors of The Financial Executives Alliance (FEA) Hedge Fund Group, drives entrepreneurship efforts at the MIT Sloan Boston Alumni Association (MIT SBAA), and served on the U.S. Non-Profit Boards Committee of 100 Women in Finance. Although "X Under X" lists are a gimmick, she’ll admit that Forbes 30 Under 30 made a positive impact on her life by giving her a community - friends who dragged her out of bed during the lowest days of her life. Christina holds a Bachelor of Science in Management Science from MIT and is a CAIA Charterholder.

Book An Experience With Christina Qi