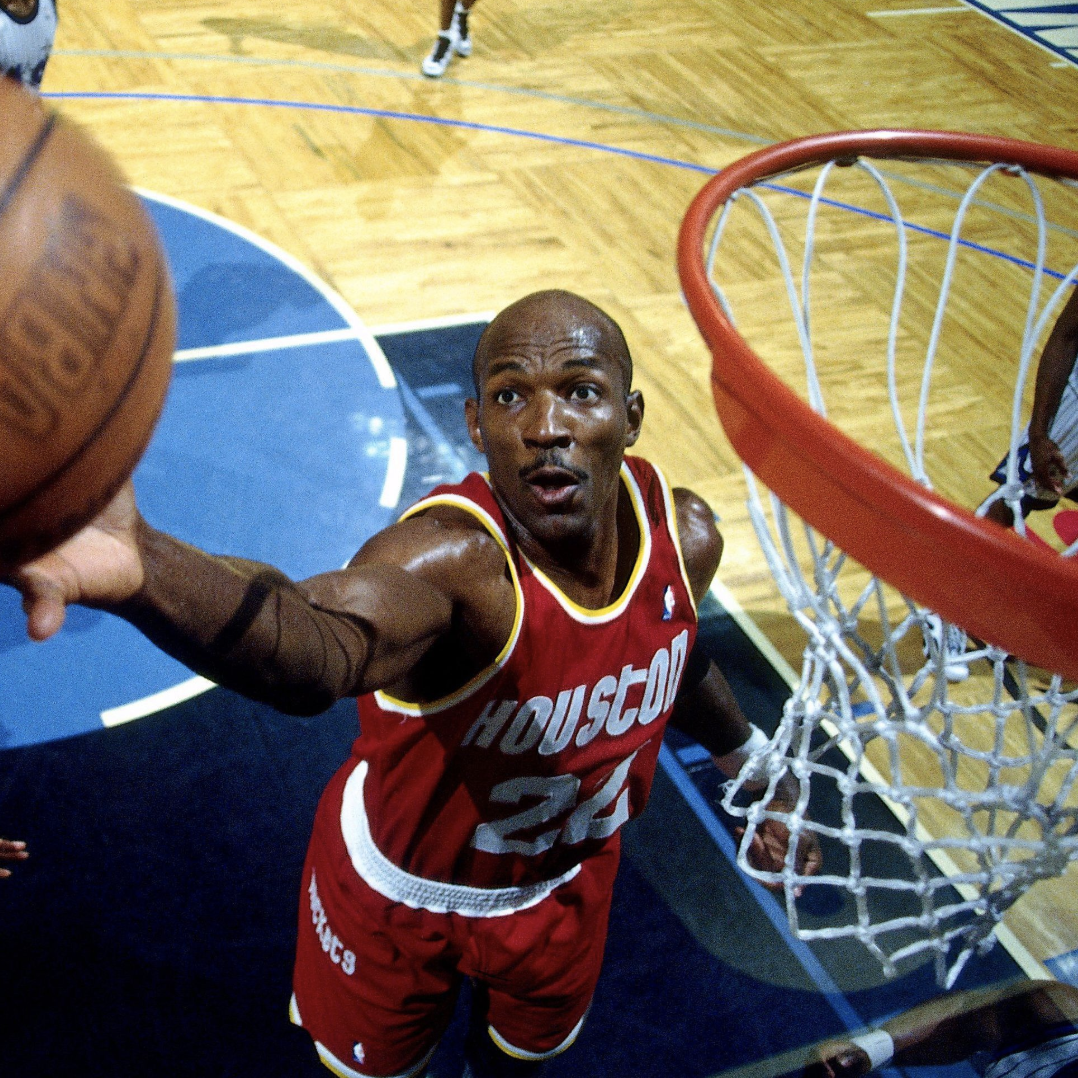 Clyde Drexler is a former NBA guard and the commissioner of the Big3 3-on-3 basketball league. One of the game’s legendary guards, Clyde was born in New Orleans and spent most of his childhood in Texas. After graduating from Ross Sterling High School in Houston he stayed in the city, attending the University of Houston from 1980-1983. Clyde propelled the “Phi Slamma Jamma” brand of Houston to two straight Final Four appearances in 1982 and 1983, and was a First-team All-American in his final year. Nicknamed “The Glide” for his extraordinary athleticism, Clyde averaged 14.4 points, 3.3 assists and 9.9 rebounds in three seasons with the Cougars then declared for the 1983 NBA Draft, and he was selected 14th overall by the Portland Trail Blazers. Clyde spent most of his career with the Blazers then finished it with the Rockets, where he reunited with his University of Houston teammate and friend Hakeem Olajuwon to win a title for their city in 1995. Clyde made the All-NBA First Team in 1992, he was a 10x All-Star, and his performances at All-Star Dunk Contests were phenomenal. Clyde is one of just six players in league history with over 20,000 career points, 6,000 rebounds and 6,000 assists.

After he retired in 1998, Clyde returned to the University of Houston as the men’s basketball head coach. He resigned after two seasons, and then had a short stint as an assistant coach for the Denver Nuggets. Clyde has made a few television and movie cameos and was a participant on the fourth season of Dancing with the Stars.

Clyde has served as the color commentator for FSN Houston’s broadcast of Houston Rockets home games since 2008.

Book An Experience With Clyde Drexler