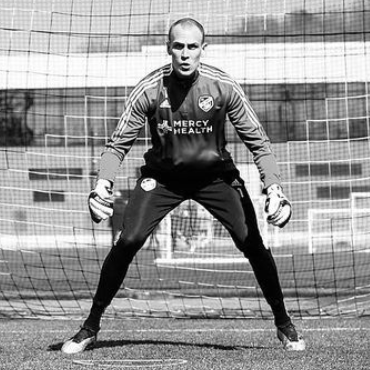 Cody Cropper is an American Soccer Goalie who currently plays for FC Cincinnati. Before arriving in Cincinnati, Cody played on multiple Primer League Teams as a backup. In his career Cody suffered multiple injuries that he had to overcome, possibly costing him opportunities to see the field in Europe. Nevertheless, Cody traveled to the US where he is now a starting goalkeeper. He also represented the U-20 team in  the 2011 and 2013 CONCACAF Championship.

Book An Experience With Cody Cropper